The Labyrinth of Sacred Oak Grove 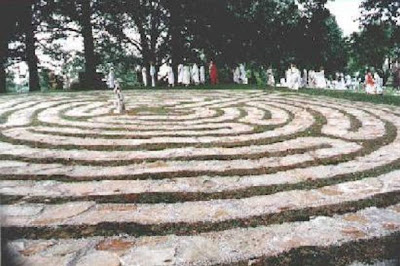 For some whose frame of reference for the word "labyrinth" would be a muppet musical starring David Bowie, a couple of quick notes:

There is also a labyrinth in Danville - right next to the grave of Ephraim McDowell.