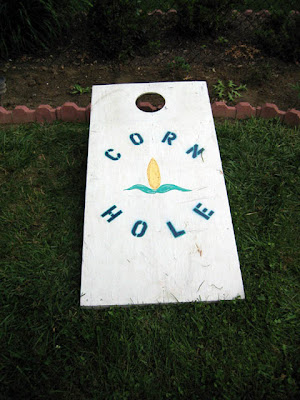 The last Saturday of June has been declared National Cornhole Day. I'm pretty sure they're talking about the game of Cornhole, but then again, maybe not.

Anyway, the city of Carrollton is shrewdly capitalizing on this wave of Cornhole-mania that's sweeping the nation. They're hosting something called the HoleHeadz Fest, June 26, 27 and 28, at Point Park. 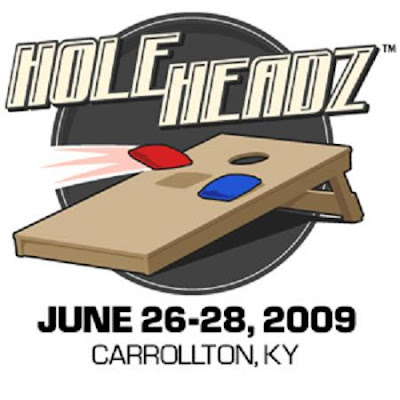 According to their press release:

To coincide with National Cornhole Day the ACO will hold its first annual HoleHeadz Fest the last weekend of June in Carrollton, Kentucky. The HoleHeadz Fest is camping fun where the two rivers meet. Everyone is invited. Expect family fun, spontaneous cornhole throughout the weekend, and a tournament for the cornhole crazies. Now that is a cornhole fest. Weekend cornhole is Free but there will be a guaranteed $1000.00 purse Luck of the Draw, Doubles Elimination Tournament Friday evening with a $20.00 entry and a guaranteed $4,000.00 purse Doubles Tournament Saturday called Cornhole Madness. After Saturday’s event Eight (8) Teams will each walk away with $500.00.

So what IS Cornhole, anyway? Well, it's a complicated process by which you throw beanbags into a hole cut into a piece of wood.

No one knows how or why the game of Cornhole came to be, but Wikipedia claims it's widely believed to have originated in Kentucky or, some say, Cincinnati.
Posted by JSH at 1:05 AM

Everyday that I look at you Blog, I get more Impressed With the strange stuff you can find from our Beautiful State...

Closer to my home there is a hamlet called Sulphur Well, It used to be a really nice resort in the early 1900s...and the Buela Villa Hotel stills stands, and its beautiful in its decrepied form