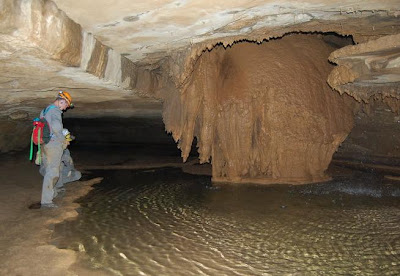 TATEVILLE, Ky. — A man slipped into a deep pit and was killed Wednesday while exploring a treacherous southeastern Kentucky cave, officials said.

Troxell and two companions were walking inside the Sloans Valley cave when he fell into the cone-shaped, 30-foot-deep pit. His companions called 911 about 3 p.m., officials said. The coroner said the three were not experienced cavers.

The opening to the cave is located on private property, and it was not clear whether the owners were aware anyone was exploring it, New said.

Troxell's body was found about three-quarters of a mile inside the cave, which is part of a system that meanders about 25 miles beneath private and public lands in a part of Kentucky known for its outdoor recreation. The system is one of the longest in the world.

“It's probably one of the most treacherous caves in the county and probably in the cave system,” New said. 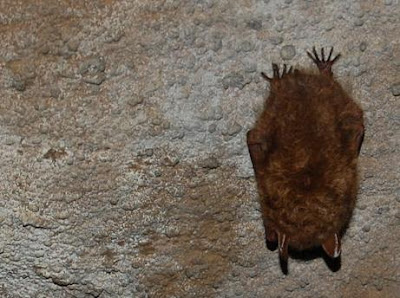 The photos shown here were found on ElZorroTOX's Tabblo, and I noticed they have a photo of a bat in the cave that seems to have traces of the mystery bat-attacking fungus beginning to grow on its ears.
Posted by JSH at 11:04 PM