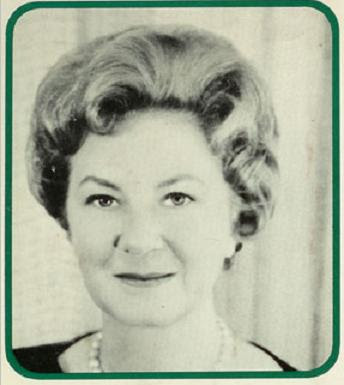 It's a little-known fact (at least to me, because I just learned it tonight) that the world famous psychic Ruth Montgomery lived in Louisville, KY for a time.

In 1958, she became interested in psychic phenomena and gradually became aware of her own extra-sensory abilities. She reached international fame with A Gift of Prophecy, her 1965 biography of psychic Jeane Dixon.

In her 1971 book A World Beyond, Montgomery revealed that in a past life she had dwelled in Christ's time and geographical area. She claimed to have been Lazarus' third sister Ruth, although there is no mention of this third sister in the Bible.

Montgomery died in 2001, but her writing is getting better than ever: The Macombers, an entire family of spirit channellers, have been dutifully transcribing her latest literary works via Automatic Writing from beyond the grave.
Posted by JSH at 12:00 AM