Valley of the Drums 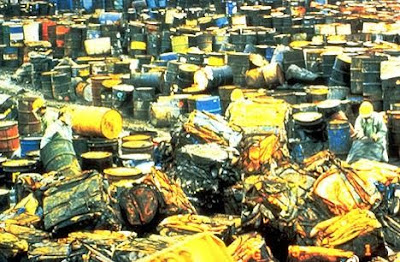 Way back in the day, most Bullitt Countians probably never gave much thought to the vast 23-acre expanse just outside of Louisville that was filled with chemical drums as far as the eye could see. After all, there was nothing illegal about such dumpsites back in our parents' generation. There were no laws regarding proper storage or containment of toxic waste.

That is, until it caught fire in 1966. It raged for over a week before firefighters could put out the chemical fire that filled Louisville's skies with some truly toxic smoke. This incident raised public awareness to the ecological disaster happening in Louisville's backyard, and eventually led to the Superfund act of 1980.

The Valley of the Drums, as it came to be known, was finally placed on the nation's list of most toxic sites in 1983, and it took them until 1990 to get it cleaned up to the EPA's satisfaction. 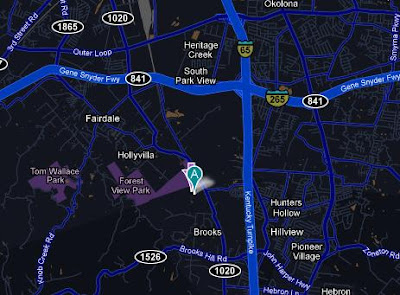 In 2003, the nearby creek sediment was discovered to be saturated with deadly PCBs. And in 2008, alarm was raised again when more rusting chemical drums that the cleanup crew missed were found on the periphery of the property. Further analysis showed the area is still contaminated by PCBs.
Posted by JSH at 10:59 PM