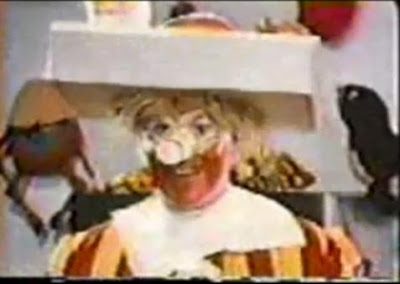 Michael Polakovs, the original Ronald McDonald clown for McDonald's commercials, passed away this past Sunday at King’s Daughters Medical Center in Ashland, KY. Polakovs died of complications from a stroke at the age of 86.

According to an obituary in the Ashland Daily Independent:

Polakovs, who lived in southern Boyd County, was a giant in the world of clowning.

He spent his entire life performing in circuses, was highly respected by his peers and was major source of inspiration for several generations of clowns. A number or the routines he developed are still used by clowns worldwide. 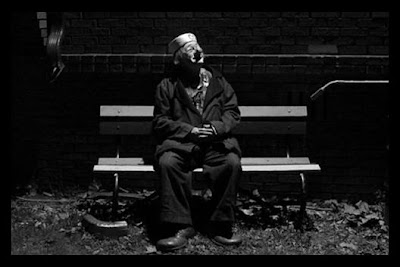 In addition to creating the Ronald McDonald character, Pokalovs was internationally known as Coco the Clown, a persona he inherited from his father Nicolai, also a world famous clown in his day. Pokalovs also helped found the Ringling Brothers Clown College.

The early Polakovs version of Ronald McDonald is actually quite different from the fey and well-groomed fellow we know today. He was scruffy-haired, more striped, wore a giant bib around his neck and a dixie cup over his nose, and balanced a giant to-go box on his head. You can see him on YouTube here and here. Pokalovs was also behind the later redesign of Ronald, which made the character more streamlined and ostensibly less scary. 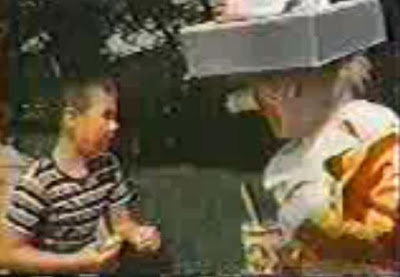 When I was working at McDonald's, we were taught that Willard Scott was the original Ronald McDonald, and the wiki entry doesn't list this fellow, but says the picture you show is Willard Scott.

Willard got on board after the change-over to the more familiar costume of today. Polakovs was only in the first 8 commercials, circa 1966-1968.

"The origin of Ronald McDonald involves Willard Scott (a local radio personality who also played Bozo the Clown on WRC-TV in Washington, D.C. from 1959 until 1962), who performed using the moniker "Ronald McDonald, the Hamburger-Happy Clown" in 1963 on three separate television spots."

Willard Scott's own Wikipedia page notes: "from 1963 to 1966 was Ronald McDonald for a McDonald's franchise in Washington, D.C." and "Scott wrote in his book, The Joy of Living that he originally created the Ronald McDonald character at the fast-food restaurant chain's request."

McDonald's own website also mentions Willard, but doesn't say that he actually created the character. Apparently Willard did his tv spots specifically for one particular McD's in DC, while someone else (Polakovs?) did the first national tv spots:

On the other hand, the Polakovs obituary says he invented Ronald in 1966, not 1963. But the box-on-head-Ronald tv spots do look like Willard.

And Wikipedia also mentions two other men, George Voorhis and Terry Teene, who also claim they invented the character at McDonald's behest.

Well, it seems to me that Polakovs must have been the one in the national commercials. But for some reason McDonald's and Ronald fan sites try to sweep his role as Ronald under the carpet as can be seen from the joyboys site saying a different person than Willard Scott was Ronald in the national commercials but acting as if the person's identity was that important by not giving his name.

Of course, that doesn't surprise me. I think in many instances McDonald's might not give their hardest working employees their just deserts.

I know that after two years of getting up at 2:30 in the morning and driving 45 miles to the one where I worked to unload trucks that my name didn't seem to be anywhere near the manager training candidates list while supervisors' and managers' kids names were.