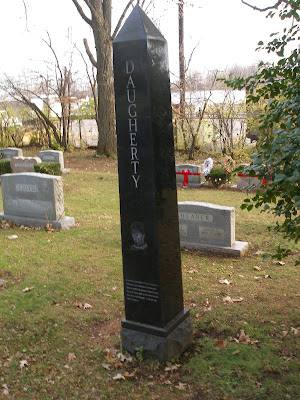 Not the famous Black Obelisk of Shalmaneser III, but one found recently in Lexington Cemetery, with a reverse-engraved image of the deceased youth, and a rather impenetrable inscription. 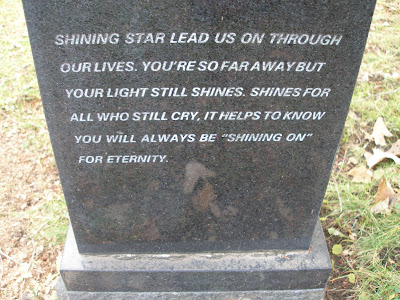 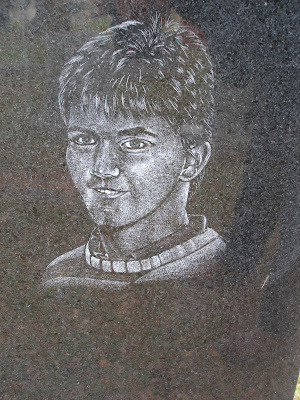 An obelisk is a tall, narrow, four-sided, tapering monument which ends in a pyramid-like shape at the top. It originates in ancient Egypt, where it symbolized the sun god Ra. During the brief religious reformation of Akhenaten, the obelisk was also said to be a petrified ray of the Aten (the sundisk god) and that he literally inhabited the structure.

Because of the Egyptian funerary associations with the shape, obelisks remain a popular type of grave marker today; but it's doubtful that many people realize the occult symbology they're taking part in.
Posted by JSH at 9:51 PM

The beginning of that is a Steve Winwood song. Shining Song.