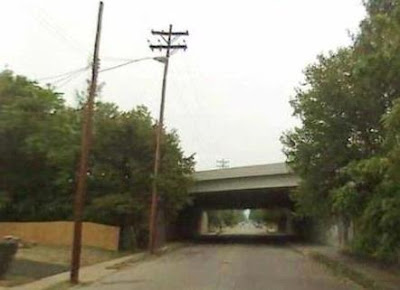 Thursday night, two masked men dressed in black full-body armored outfits, similar to those worn by ninjas or by SWAT riot police, invaded a home on Louisville's Greenwood Avenue and terrorized a grandmother, her daughter, and her grandchildren.

The two men broke into the house simultaneously and tactically, one through the back door and one through an upstairs window. They had ample handcuffs for everyone, cuffing Thelma Briscoe and her family. The men were also reportedly carrying high-tech hand weapons with laser sights.

Who were these terrifying men in black, and what did they want? Read the whole story in my Louisville Mojo column!
Posted by JSH at 10:44 PM