The Legend of the Little People 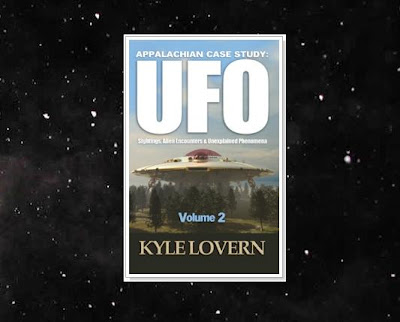 The Appalachian region was once the ancient homeland of the Cherokee civilization (as well as other tribes) for thousands of years before Scottish and Irish immigrants settled into its mountains in the 1700s.

The book's recounting of Kentucky UFO lore is well done, but what really piqued my curiosity was Lovern's analysis of the Yunwi Tsunsdi legends passed down in Cherokee culture since antiquity.

The Yunwi Tsunsdi are miniature beings described in ancient Cherokee lore as sometimes being spirits and sometimes being diminutive humanoids about two feet tall. According to the legends, Lovern says, these beings may have different types of appearances and may be of three or four different types. Descriptions of them range from kindly but mischievous to somewhat more malicious tricksters. They reportedly have the power to confuse humans' minds, and to turn invisible at will. 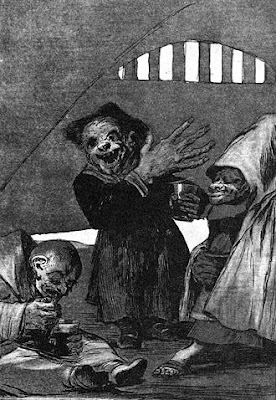 Lovern wonders aloud, "Were the "little people" known to the Cherokee related to UFOs, inter-dimensional mysteries or some other unusual phenomena?" and points out that many Indian tribes throughout North America have legends of beings from other planets or from other dimensions.

I also find it interesting that my own Irish ancestors who came to Kentucky had "little people" legends of their own - the Leprechaun, the Clurichaun, and the Faerie. Not to mention Sprites, Hobs, Korrigans, Pixies, Elves, Imps, Brownies, Goblins, Gremlins, Boggarts, and Lubber Fiends.
Posted by JSH at 12:06 AM

During that ice storm of '98 that knocked the power off in Jackson County for four or five days and that dropped a pine tree on my car, one of our elderly neighbors called and said a leprechaun was running wild in her house.

Hey, I'm Irish and Cherokee too. Just a few generations off the boat from Ireland on my mom's side.

I'm 5'8 - not quite short but no chance of being mistaken for Lurch either. But perhaps we are indeed distaff cousins of the little ones.