The Tan Man of Pike County 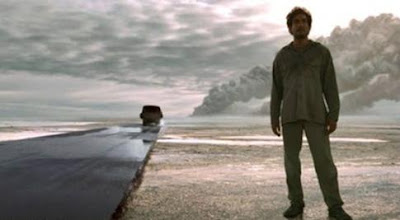 William Lynwood Montell, in his Haunted houses and family ghosts of Kentucky, tells of a strange "Tan Man" haunting in Harmons Branch, KY.

Montell interviewed two different women reporting firsthand sightings of the "Tan Man". One of them, just 13 at the time, was riding a trail bike in the middle of nowhere and suddenly saw him - an ordinary, nondescript-looking man dressed in khaki or tan shirt and pants. But as she got closer to him, he disappeared. This Tan Man, so the family believed, began following them, and anything weird that ever happened after that was seemingly ascribed to him.

I'm not a skeptic by any means, but I find it interesting that almost every form of paranormal phenomena has been attributed to the Tan Man: physical manifestations, disappearing, seeing mist, feeling cold spots, hearing a flute playing by itself, hearing a piano playing by itself, feeling air in a room get "heavier", hearing unexplained footsteps, doors opening and closing by themselves, smelling sweet rose-like scents, feeling caresses of invisible hands, seeing movements from the corner of one's eye, seeing a "smoke-like blob", a locked screen door becoming unlocked, a bed shaking violently, candles going out, mystery lights projected from nowhere against a wall spinning in a circle, television and stereo volumes going up and down by themselves, missing and reappearing keys, an accosted child, a terrified dog, and lightbulbs burning out inexplicably fast. There's even an anecdote about contacting the Tan Man with a Ouija Board, and getting a barrage of obscenities!

Every myth contains a kernel of truth at its center, though, and I'd be very interested in learning more about the actual eyewitness sightings of the man in tan, even if everything else said about him was lily-gilding.
Posted by JSH at 11:04 PM