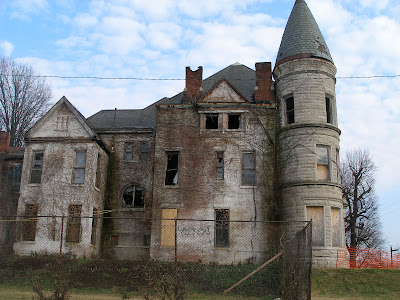 The long-abandoned Ouerbacker House, on the corner of 17th Street and Jefferson Street in Louisville, has been falling apart for years now. It's very strange, since it would seem to have been a prime piece of real estate at one time.

According to Broken Sidewalk, Metro Louisville took control of this property from a foreclosed tax business in 2005, but the property became even more abandoned during the city's stewardship, experiencing advanced decay, vandalism, and fires. 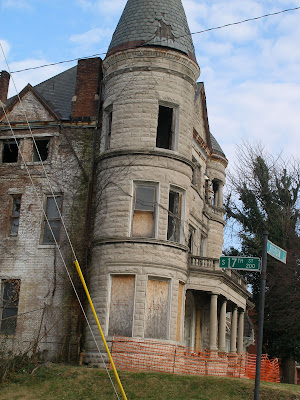 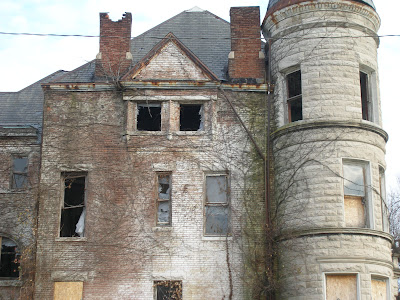 Recently there was some fear that the house would be disassembled and shipped elsewhere, but fortunately, it's not to be. There's a new Ouerbacker House Restoration Foundation that's reportedly working on saving the place and making it inhabitable again for future generations.
Posted by JSH at 6:32 PM

I WANT IT! It is beautiful!