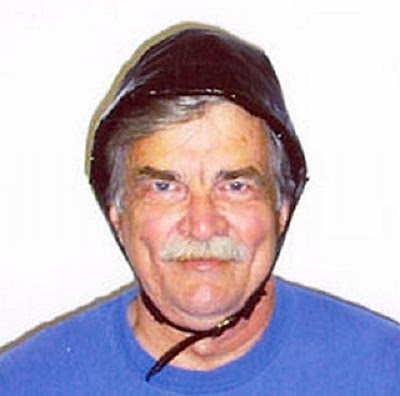 I first encountered Michael Menkin's Stop Alien Abductions site many years ago, and it doesn't seem to have changed much since then. The site offers instructions for a crudely conceived idea called a "Thought Screen Helmet" which somehow is supposed to protect you from alien abductions by wearing it on your head. According to the site:

The thought screen helmet scrambles telepathic communication between aliens and humans. Aliens cannot immobilize people wearing thought screens nor can they control their minds or communicate with them using their telepathy. When aliens can't communicate or control humans, they do not take them.

The thought screen helmet has effectively stopped several types of aliens from abducting or controlling humans. Only two failures from standard thought screen helmets have been reported since 1998 for people being abducted by aliens themselves. A third failure in 2005 was from a cloth helmet with a smaller area of Velostat which had a Velcro strap which was easily removed by an alien-human hybrid.

I recall emailing the webmaster of this site around 2001 or so, inquiring how the helmet can protect the human brain from alleged telepathic control when it doesn't cover the entire head. Such "telepathic rays", if they really did exist, would be just as able to go through a person's face as the top of their head. In fact, it would be far easier for these rays to penetrate the face, because of the openings in the skull. The response I received was a very angry, hurt, lashing-out rant (in all capital letters) telling me I was obviously an idiot who knew nothing about the complex ways in which the alien-human hybrid conspiracy technology really worked. Okay, fair enough.

The photo shown here is one of Menkin's satisfied customers, captioned "Alien Abductee from Kentucky wearing a Thought Screen Helmet", and bearing this endorsement:

"Since trying Michael Menkin's Helmet, I have not been bothered by alien mind control. Now my thoughts are my own. I have achieved meaningful work and am contributing to society. My life is better than ever before. Thank you Michael for the work you are doing to save all humanity."