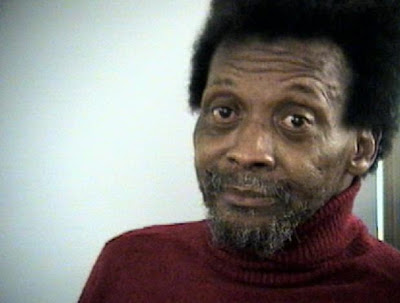 Here's an update for those of you still following Henry Earl's exploits after Jimmy Kimmel and the Internet made him, in the words of the Lexington Herald-Leader's Brandon Ortiz, "the most famous homeless man in America".

On Thursday, October 16, Henry had his umpteenth court hearing for a public drunkenness charge, but this time things went a little differently. Henry, who last held a job in 1969, has a pro bono lawyer now named Stephen Gray McFayden, who reportedly is trying to get Henry into rehab at The Hope Center in Lexington.

No job since 69? And he is to receive my tax money (which is stolen from me by the .gov anyway)? Screw that.

Henry probably deserves it more. It gets hard to find a job sometimes. Anyway, the little blonde bartender at Cowboys is hot.

"It gets hard to find a job sometimes."

It doesn't take 39 years to find a job. Heck, he could've been retired by now instead of being a useless scab on society's backside. No sympathy for him at all.

A man that has over one thousand arrests on his record isn't likely to be hired at the nearest Shell station even if he cleans up his act.

He'll still have to write down all of his past actions on his application even if he completely walks a straight and narrow path.

So, such a person will find it hard to get a job. It is a system that sets up a constant circle of failure.

It might be too late for him now, but he is the victim of a vicious cycle that leads to recidivism.

People that commit crimes aren't allowed fair shakes when all the job applications that they have to fill out demand that they post every little thing they've ever done in their lives.

You pay for the life you lead. He is a victim of his own acts. I don't want anyone who has ever been convicted of violent crimes or thefts to work for me. I wouldn't hire anybody I suspected of drug abuse and, depending what it is, known moral aberrations or physical appearance (according to my own standard; i.e, no Young Jeezy types). That's the nature of free association (to the extent that it still exists). What's fair, doesn't matter.

So while the cyclical problem you speak of may exist, Henry is still solely to blame and he is still a scab. Beginning your statement with "A man that has over one thousand arrests on his record" doesn't help your argument either. lol

Give me a run down of some of his most serious crimes.

"Give me a run down of some of his most serious crimes."

He doesn't have any serious offenses that I know about. He is just a town drunk.

I think it's easy to get way off track when discussing Henry Earl aka James Brown, especially if you've never met the man. Living in Lexington, he became for me a regular character to encounter in town years ago. It simply doesn't work to hold him to the same standards as the average citizen. He's obviously mentally handicapped, either from the start biologically, or due to decades of substance abuse that now has created a certain brand of actual mental illness. Holding him to the standards of your average citizen just doesn't work. The one time I was in jail in Lexington, Henry Earl arrived. He was allowed to walk freely through the jail, and the guards were joking that he, "showed up too early," and would have to return later in the evening to be booked. It's not an antagonistic relationship between Henry and the police at all; in fact, he's somethning of a "pet." I suppose sympathy one extends towards Henry's predicament parallels the basic sympathy one holds towards the mentally ill in general.