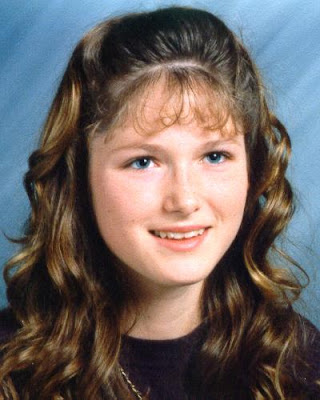 Erica Fraysure was a 17-year-old resident of Germantown, KY. She was a senior at Bracken County High School and was employed part-time at Carota's Pizza in Augusta, KY.

Fraysure was last seen on October 21, 1997, during the 9pm hour, at the Video-N-Tan in Brooksville, KY. She drove away and headed for her home in Germantown, but never got there.

The next day, Fraysure's car was found only one mile from Video-N-Tan, parked between haystacks on Fronks Road. Her purse was inside the car with all her money and valuables intact. Fraysure's car keys were discovered nearby, covered with leaves. There was no blood, no signs of struggle, no evidence of foul play. Because of this lack of evidence, her disappearance is being considered a missing person case, not a criminal matter.

In 1998, the cheesy self-proclaimed psychic Sylvia Browne claimed to have information about the Fraysure case that she psychically gleaned with her paranormal abilities. (You can read more about Browne here and you can check out her own ridiculous websites here and here.) Browne announced her claims on, of all places, the Montel Williams Show, where she declared that Fraysure's body was at the bottom of a lake near Brooksville. For reasons unclear to me, the police decided to take the word of a TV psychic hotline lady seriously, and at great expense, all nearby lakes were dredged. 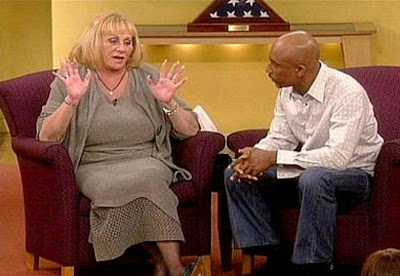 Undaunted by her failure, Browne continued to appear on the Montel show, and allegedly hinted that a man named Chris Mineer was responsible for Fraysure's disappearance. Mineer subsequently committed suicide. Mineer's mother tried to sue over the incident but a judge in Covington, KY ruled to dismiss, for reasons that are also unclear to me.

Meanwhile, investigators are no closer to solving the Erica Fraysure case than before.
Posted by JSH at 12:00 AM

I think there might be a few serial killers that operate in and out of this state that haven't been apprehended by the authorities yet. Good luck to the authorities. These creepers need to be found and put away.