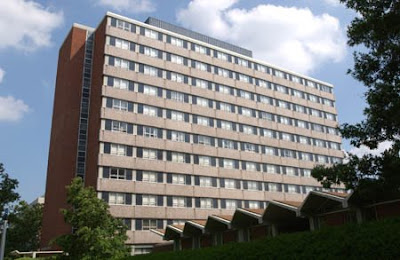 A series of unexplained fires on Eastern Kentucky University's campus - and during Fire Prevention Week, no less - have officials baffled and perturbed.

Four of the five fires have been concluded to be acts of arson. According to the Lexington Herald-Leader:

"Officials are still looking for suspects in three small fires that took place last week in the Dupree Hall dorm and one in the Powell Student Center. The fires all seem to be related and caused by arson, but officials aren't sure whether one person or a group is responsible..."

The department is offering a reward of up to $1,000 for information leading to the arrest of a person responsible for the arsons. Anyone with information about the arsons should call the EKU Police Department at (859) 622-2821.
Posted by JSH at 11:58 PM