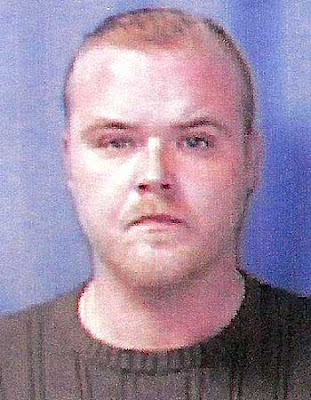 From the Associated Press by way of Fox News:

LOUISVILLE, Ky. — The mummified remains of a disabled Kentucky woman were found in the trunk of her brother's car, police said, and her crudely wrapped body may have been stored in her bedroom for two years.

The car was discovered in St. Louis last week, Reeves said, when police responded to a complaint that it had been on a street for several days. Police had the car towed more than 300 miles back to Kentucky where they searched it and found the body.

Penny Brown's body had been "wrapped in quilts and then the quilts were wrapped in construction-grade plastic to make it more of an air-tight package, and then placed in the back of his car, in the trunk," said county coroner John Goble.

Goble said the body was so decomposed the state medical examiner's office was unable to determine a cause of death, but "she had no fractures, no broken bones whatsoever."

He said toxicology tests would be performed to determine how Penny Brown died, but "we're probably never going to know, to be honest."

Reeves said a Georgetown police officer had visited Timothy Brown's apartment Sept. 20 as part of a child welfare case involving his 8-year-old son, who was taken from the residence after social service workers found deplorable conditions there, including "human feces and everything just on the floor."

The officer went back after the child had "mentioned he was never allowed in Aunt Penny's room," Reeves said.

Police in Georgetown, which is about 70 miles east of Louisville, believe the body was kept in Timothy Brown's apartment for two years, Reeves said, probably in Penny Brown's bedroom. The police chief said Timothy Brown had signed his sister out of a nursing home in 2006.

"There was a bedroom that was her bedroom in the apartment," Reeves said. "We believe that's where he stored her."

Reeves said Penny Brown had used a wheelchair but would not elaborate further on her disability.

Timothy Brown has not been charged, police said.

And then, later, by way of WTOP:

GEORGETOWN, Ky. (AP) - A Kentucky man arrested after police found the mummified remains of his disabled sister in the trunk of his car was set to appear in court Wednesday for an extradition hearing.

The severely decomposed body of 31-year-old Penny Brown was discovered Friday after police towed the car from St. Louis to Kentucky. They had received complaints that it had been on the street for several days.

Brown has been charged with abuse or neglect of an adult, a felony in Kentucky, Reeves said. He could face additional federal charges in Kentucky for allegedly cashing his sister's disability checks, Reeves said Wednesday.

Timothy Brown signed his wheelchair-dependent sister out of a nursing home in 2006, and the remains may have been in his apartment for two years, police said. Officials have said they may not be able to determine how she died.

Lee Messmer, a U.S. Marshal's assistant chief deputy in St. Louis, said Brown had been in the St. Louis area probably for a couple of weeks. He was arrested Tuesday night at a library, Messmer said.

Brown's car was found last week when police responded to a complaint that it had been on a street for several days. Police had the car towed more than 300 miles back to Kentucky where they found the badly decomposed body wrapped in quilts and plastic.

Reeves said a local Kentucky police officer had visited Timothy Brown's apartment Sept. 20 as part of a child welfare case involving his 8-year-old son, who was taken from the residence after social service workers found deplorable conditions. Reeves said the boy mentioned that he hadn't seen his aunt "in some time," and was not allowed into her room.

Reeves said officers found evidence of decomposition in the room that matched the remains in the trunk.