Here's a good shot of the Blue Grass Army Depot's logo, as it actually appears at their front gates. Click to enlarge.

In the foreground we have a depiction of what would appear to be Daniel Boone. Daniel Boone, of course, is a symbol of the pioneer. And what is the literal definition of being a pioneer? Leading the way in exploring unknown territory. Behind Boone's image we have a backdrop depicting a rocketship in space! The implications of this juxtaposition seem clearly to point to space exploration.

Coincidence? Possibly. But consider that much of the Depot houses private research facilities for the major NASA contractor Raytheon, as well as entities called Serv-Air and E-Systems, which are both also tentacles of Raytheon under different names.

The corporate watchdog group CorpWatch had this to say about E-Systems:

One of Raytheon's more secretive subsidiaries is E-Systems, whose major clients have historically been the CIA and other spy agencies like the National Security Agency and the National Reconnaissance Office. An unnamed Congressional aide told the Washington Post once that the company was ''virtually indistinguishable'' from the agencies it serves. ''Congress will ask for a briefing from E- Systems and the (CIA) program manager shows up,'' the aide is quoted as saying. ''Sometimes he gives the briefing. They're interchangeable.''

E-Systems is also the creator of the "Doomsday Plane", which would be the U.S. President's escape vehicle in the event of a nuclear attack, and double as a temporary airborne command post for the Pentagon and the White House.

It's also rather odd that there's a very prominent star on the image of Kentucky. Now, you'd think the purpose of said star would be to denote the location of the Depot... but the star's location isn't even close. Maybe the insignia designer took a drastic liberty with it, since Daniel Boone's figure is obscuring the actual location of the Depot? Why not just design it another way then?? The star seems to be on Lee County (which, according to rumor, was the location of a 1980's CIA psych-op installation - which may or may not still exist).

If anyone is able to recognize what, if any, specific star background area is shown in the logo, please let us know. (I wouldn't think that any specific constellations or actual star patterns would be depicted, but then again, I once read some conspiracy article that found some sort of arcane significance in the stars on NASA's insignia. I forget what now, though.) 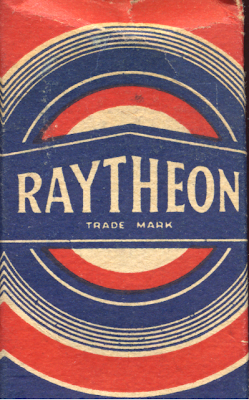 I bet that they do have tanks of tri-oxygenish stuff there. Back when I was in seminary school certain people would talk about how the government had plans to block off the interstate and send in armed forces if there were any leaks of "nerve gas".