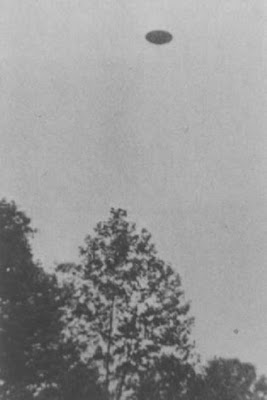 It's been a while since I've checked out NUFORC's files of submitted UFO reports in Kentucky. Here's the latest ones they list:

I had my first chance to sit down and read Weird Kentucky today. It strikes me that if there was such a chemical, then the Bluegrass Depot is probably where they would choose to store the barrels of the stuff that resurrect the dead in The Return of the Living Dead films, Rollin's The Living Dead Girl, and most recently Rodriguez's Planet Terror. Corpse Reviver, indeed.

Anyway, it's a great book.

It is past one am on a Sunday morning and the thought that I've had for the past twenty-two years once again strikes me that I wish some tv station executive in Lexington would get the bright idea to bring back Monsterpiece Theatre with a hot, young local starlet to take the place of Milicent B. Ghastly.

Have a good evening.