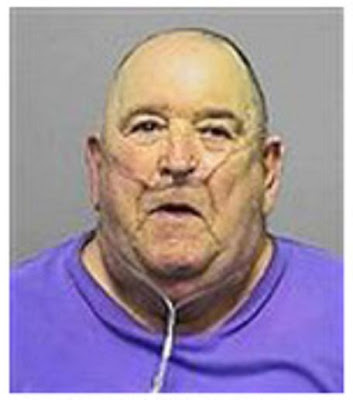 This just in from FOX News:

Prosecutors have charged a Kentucky man with killing two high school sweethearts who disappeared from a Wisconsin wedding reception nearly 30 years ago.

According to the criminal complaint, Hack's father reported Hack and Drew missing on the morning of Aug. 10, 1980. He told deputies the couple had gone to a wedding reception at the Concord House in Sullivan, a town about 40 miles west of Milwaukee.

The two were last seen leaving the reception around 11 p.m. Hack's father found Hack's car in the Concord House parking lot the next morning, still locked with Hack's wallet inside.

Searchers combed the countryside for two months. A week after the couple disappeared, they found Drew's pants, bra and underwear in the road about within 5 miles of the Concord House. The garments had been cut apart.

In October 1980 hunters found Drew's body in the woods about 8 miles from the Concord House. The next day searchers found Hack's body in the same area.

A medical examiner found ligature marks on Drew's ankles and wrists, the complaint said, suggesting she had been tied up. She apparently had been strangled. Hack, meanwhile, had been stabbed in the back and the chest. 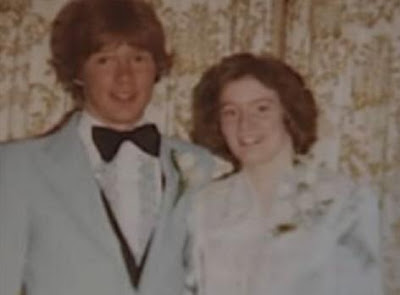 Edward W. Edwards worked as a handyman at the Concord House and campgrounds next to the hall where Hack and Drew's wedding reception had been. When investigators talked to witnesses, they all remembered that Edwards had a bloody nose during that weekend. He told them he had hurt it while deer hunting. Edwards himself was talked to by police about the case in 1980.

When detectives paid Edwards a visit last month, he told them he had never heard of the case at all. When reminded that he had, in fact, been questioned in 1980 about the case, he suddenly remembered, ohhhh yeah, you mean that couple of missing newlyweds from next door who I was interrogated about... right. (Reminds me of David Ferrie being grilled by Jim Garrison in the film JFK.)

But when Edwards stated that he had never been deer hunting, the investigators knew something wasn't right.

And on July 8, Edwards' DNA was found in tests to be a perfect match with DNA taken from semen found on Drew's pants.
Posted by JSH at 11:17 PM

Well, technically, he's not a serial killer because he's allegedly just been involved in this one incident. Then again, if he did commit this random act of violence, it's entirely possible there are more that we just don't know about yet.

But yeah, I do love his name. Reminds me of the old Jerry Lee Lewis cut-up record where he was interviewed by an Edward R. Murrow knock-off named Edward R. Edward.

A girl went missing from the same community center five years eailer. She has never been seen alive again. Police say the incidents are not related, something I find amazing. I live near the "Concord House" and its in a one stop sign town miles from anything. The chances of two girls, nearly the same age disappearing in the exact same way from the exact same community center are pretty slim in my opinion. Up until June of this year, and the new DNA evidence, police were certain it was anohter person. Hack's father also claimed he knew who did it.

I just read his book "Metamorphosis of a Criminial". It was an easy read and showed his pathetic ego.I will imagine he will be found to be a serial killer as these two teens were murdered long after his so called "recovery". He was a self admitted liar and drifter all his life and I would be willing to bet there are many unsolved cases, everywhere he has traveled.

Actually there is a case that was similar to this in Portland Oregon almost 50 years ago. Where a guy, was questioned about this teen couple murder as well, but somehow was released suspiciously and they never actually got he's name and other were to this day wrongly convicted of the murders. Interestingly enough, if you read various articles throughout Portland OR and Spokane WA there is a linkage to Edward W. Edwards who worked in the area at that time. I am sure there are other cases where if you have DNA available you will find this guy matching up. Just need to dig...

he is a serial killer. he murdered a couple in norton ohio. at a park 33 years ago

Good Morning people!! Edward W. Edwards has no health insurance, no savings, no income and is very very ill about to be thrown out onto the sidewalk wheelchair and all. Admit the crime, look remorseful and the taxpayers will pay for all medicines, operations and medical procedures, a nice if small warm room and three squares until the devil comes to take him. Just saved his family and loved ones (?) a barrel of money.

My father was the Jefferson County Sheriff who did the initial investigation into the missing Hack & Drew couple of Fort Atkinson, WI. in 1980. He did his very best to try to solve the disappearance of this lovely couple. He worked night and day until he fell exhausted from all his efforts. Edwards lived a full and dirty life and now that he can't afford to take care of his ugly, sickening health, he'll get it paid for being in jail...how convenient. I feel so sad for his children. They must have gone thru hell. Sincerely, Anny Mueller Schepp of DeForest, WI.

This dude has done a lot more than just these....check the profile....lover's lane style....no real motive...he is being linked to montana for the same style of killings, but in '56

Yup. See the many subsequent posts here about his past.

No he did not kill the missing teenager, Catherine Sjoberg, cause he wasn´t even at the state when she went missing. He has a solid alibi for that time and was in another state. So somebody else is responsible for that case.