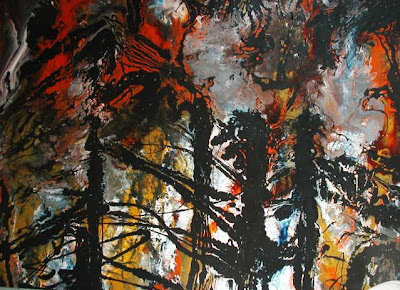 If you don't know who Bill Fischer is, it's time you knew. Run, don't walk, to his historic home/studio at 1652 Story Avenue. Fischer is without a doubt the most accomplished of Butchertown's artists, with a body of work and achievement that spans decades. His works are all over the map, stylistically, and yet it is instantly recognizable. He has done many amazing murals for churches and synagogues, and to this day is kept busy with more offers than he has time for. His home is open for visitors by appointment: (502) 584-7947. 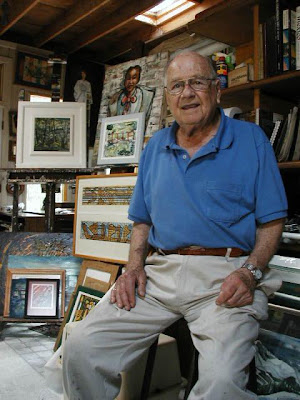 Some of Fischer's 1950s and 1960s works have the interesting distinction of having been painted with Jackson Pollock's paint. Pollock, avoiding the high costs of New York paint factories, ordered his paint in bulk from a Louisville manufacturer, carefully mixed to his exact peculiar specifications. When Pollock died unexpectedly in 1956, the manufacturer was stuck with a huge order of Pollock's paint that had been just about to ship. Fischer was called and offered to take the otherwise-unusable paint off their hands, to which he enthusiastically said yes. 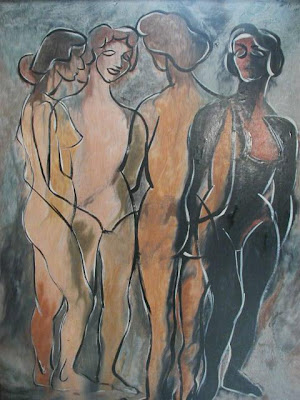