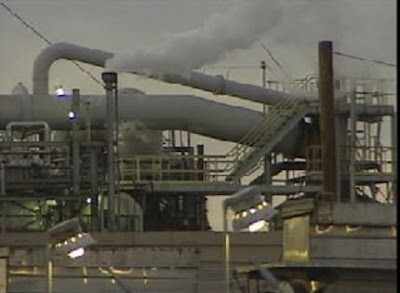 A jury in Ashland, Ky., has found E.I. DuPont de Nemours & Co. grossly negligent for a toxic chemical accident at its Wurtland, KY plant in 2004.

It awarded six plaintiffs a total of about $1.3 million in damages for injuries they suffered as a result of the release and as punishment for DuPont. The punitive damages were calculated at a rate of 10 times the compensatory damages awarded by the jury.

The verdict sets the stage for additional phases of the multiple-stage trial that will consider claims by 173 additional alleged victims. The determination of gross negligence by DuPont and the same punitive damage multiplier will automatically apply to all of the other plaintiffs, so the only issue yet to be decided is the whether and by how much the remaining plaintiffs are to be compensated for injuries.

According to court testimony, a cloud of toxic sulfuric acid was created over a large area of Kentucky as a result of a cracked pipe at the plant. DuPont was sued in 1997 for a similar 1995 accident at the same plant.

According to a report by the Daily Independent newspaper in Ashland, a DuPont spokeswoman said the company would appeal the decision and that its position is that the chemical release was not the cause of the problems alleged by the plaintiffs.

A number of those suing DuPont are police officers, firefighters and other emergency personnel who responded to the scene when the leak occurred.

DuPont has already been in repeated trouble - a long, long list of malfeasance - over poisoning the environment and the population with Chlorofluorocarbons and PFOA. And of course, they're also manufacturers of one of my least favorite substances in the world: plastics.
Posted by JSH at 12:00 AM