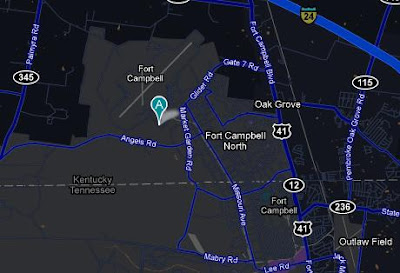 The national newsmedia has been abuzz about the bizarre incident at Fort Hood, Texas, in which a Muslim psychiatrist went on a shooting spree. Although early reports stated that there were definitely two shooters - possibly three - that datum seems to have vanished and they've now changed their story and are insisting that Nidal Malik Hasan was a lone gunman.

Then, in Oak Grove, KY, a Fort Campbell military husband and wife were found dead in a murder-suicide. Police said the man had apparently shot his wife, then shot himself with a handgun.

The Oak Grove incident isn't an isolated one. We've reported here previously about the ongoing wave of suicide at Fort Campbell, of which this tragedy is just a part. According to news sources, Fort Campbell averaged one confirmed suicide per week last winter. Maybe even more deaths are actually unconfirmed suicides, because there are a considerable number of deaths that are now being reinvestigated. 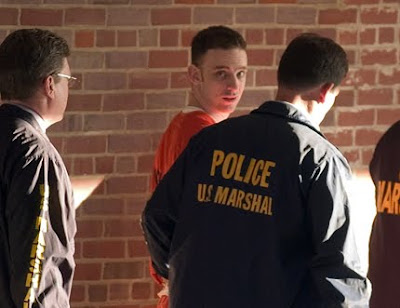 Earlier this year, Fort Campbell soldier Steven Green was sentenced to serve five consecutive life sentences. Green raped a 14-year-old girl, then killed her and her entire family, then set fire to their house, then tried to blame it on Sunni Islam terrorists. Fortunately, he was far too stupid to be able to properly keep his story straight.

And then there's Billi Jo Smallwood, who has been charged with setting fire to her home on the Fort Campbell post in hopes of killing her husband and making it look like an accident. He survived, but two of their children died in the fire.

And how about Pvt. Nicholas Mikel who opened fire on a group of his fellow soldiers training at Fort Campbell? In April 2006 he was convicted of attempted premeditated murder and sentenced to 25 years imprisonment. 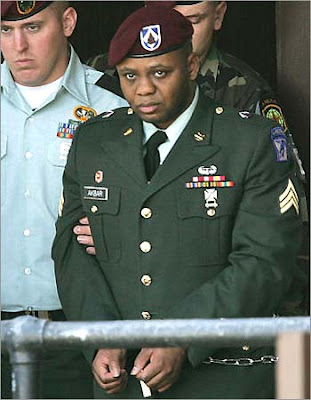 Or Hasan Akbar (given name Mark Kools), a 32-year-old Muslim soldier who was stationed at Fort Campbell and was made miserable by a nonstop barrage of anti-Muslim sentiment around the base. By the time he shipped out to Iraq, he had become driven so insane by the verbal abuse that he finally snapped one night while entrusted to guard a Humvee filled with ammo. He stole a carton of hand grenades, activated each of them and lobbed them into the tents where his officers were sleeping. Some who escaped the blasts were fired upon by Akbar with his standard issue AK-47.

Akbar was sent back to Kentucky to be court-martialed, and imprisoned in the brig at Fort Knox. He was subsequently sentenced to death by lethal injection.

And don't forget Fort Campbell's 21-year-old PFC Barry Winchell, who was bludgeoned to death with a baseball bat because he admitted to being gay. Pvt. Calvin Glover was convicted by a military court and sentenced to life in prison for beating Winchell to death with a baseball bat last year. Winchell’s roommate, Spc. Justin R. Fisher, was sentenced to 12½ years in prison for his role in the killing.

Michelle Benecke, the co-director of the Servicemembers Legal Defense Network, said that Fort Campbell soldiers she spoke to all admitted that "anti-gay harassment and threats are as common as the uniform", but anyone who complains then becomes harassed themselves. Some have hinted that there have been other murders like Winchell's, but that they've been swept under the rug, covered up and made to look like accidents or "friendly fire". 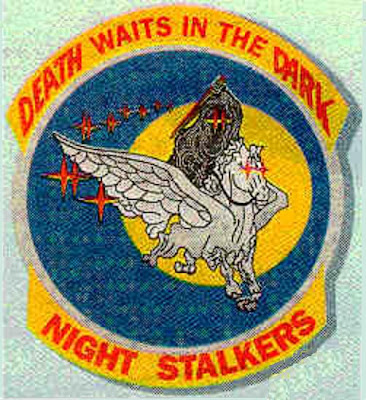 Fort Campbell, home to the Black Helicopters of the 160th Spec-Ops "Night Stalkers", clearly seems to be stressing its inhabitants to the snapping point. But the Fort Hood incident shows that the problem is nationwide. In Stanley Kubrick's Full Metal Jacket, the whole first third of the film is devoted to how the psychological cruelty and abuse of the drill instructor (R. Lee Ermey) in basic training leads to one of his soldiers finally going berserk and shooting him, then taking his own life. Life imitates art?

Meanwhile, court testimony was recently given regarding an earlier shooting in North Carolina wherein a soldier opened fire on two Special Forces commandos. His defense was that he thought they were "roleplaying".
Posted by JSH at 12:28 PM

I think it's time the military changes the way it goes about things.