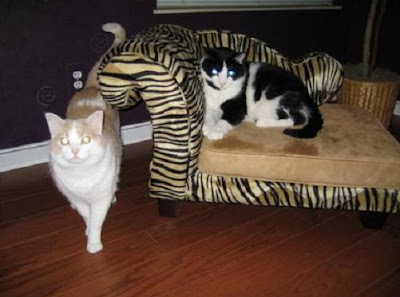 On December 14, Russell Swigart of Highland Heights, KY will be sentenced in Kenton County Circuit Court for killing two cats under the new "Romeo's Law".

In October, Swigart (pictured below) admitted to burglarizing the home of Bridgett Wright and stabbing her two cats, "Mr. Frank" and "Piggy", to death. Reportedly, the psychopath then heckled Wright about it via text messages.

"In addition to the crimes for which he is accused in this case, he was accused and convicted of several similar incidents inflicting animal abuse and death as well as stalking and abuse against women in Columbus, Ohio, (and) Wauseon, Ohio," Wright wrote the judge in the case.

A Wauseon, Ohio, woman, who told prosecutors she lived with Swigart in the late 1990s, said he repeatedly abused her and once held her at knifepoint.

The woman told prosecutors Swigart came to her home after she ended their relationship, "placed her pet cat in a shoe box and sealed the box closed with tape. He then shot the box, with the cat inside, with a shotgun, killing the cat," according to the affidavit.

The woman said Swigart then forced her to look at her dead cat "and threatened that he would do the same to her," according to court records.

Another woman, who said she had a brief relationship with Swigart in Columbus, told prosecutors he "unlawfully entered her apartment and harmed her dogs" after their relationship ended. She said Swigart told her "he had hurt the dogs so badly that he had 'left them at death's door.'"

The woman said Swigart also boasted of killing a female roommate's cat, according to court documents. 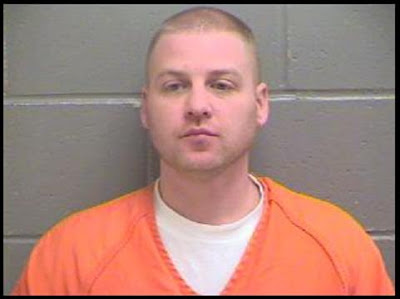 "Romeo's Law" is so named for a labrador named Romeo, who was cruelly beaten by a man named Ronald Shawn Turner in Pulaski County. Neighbors witnessed the incident, caught it on tape, and reported it to the police. Turner was only convicted of a misdemeanor and sentenced to only four months in jail.

But thanks to the new law, animal abuse is now a Class D Felony in the Commonwealth of Kentucky, which had previously been one of the least pet-friendly states.

There's a memorial page to Mr. Frank and Piggy here.
Posted by JSH at 7:03 PM

Nothing can make up for the lost of a beloved pet as they are family members.....but I am glad there is a law in place to punish those who think they can hurt pets and not suffer any consequences. Thank you for passing the news along!

Wow. What a violent man. Harming pets will likely lead to harming humans (and is indirectly harming them through the emotional trauma of losing a pet violently), so even if you're not an avid animal rights activist, this is a good law.

Frank & Piggy's mom, I'm in the UK and just heard about this and your petition which I signed.
I would like to think this psychopath would never see the light of day again and I lit 2 candles for your babies tonight in my kitty memorial garden.

Now this creep is coming up for parole after such a short time. Please go to change.org and sign the petition to keep this nut where he belongs for a long time. Probably will be a person the next time, you can bet on it.