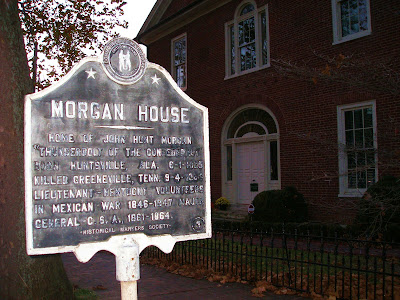 Lexington's haunted Hunt Morgan House, a.k.a. "Hopemont", is at 201 N. Mill Street, the corner of N. Mill and W. Second. 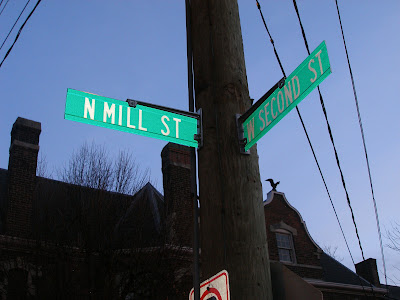 It was built in 1814 by millionaire John Wesley Hunt,who died of Cholera in 1849 and left it to his daughter Henrietta and her husband Calvin. Their son John Hunt Morgan, went on to become a noted Brigadier General in the Civil War. He was killed in Greeneville, TN, shot in the back by Union soldiers. 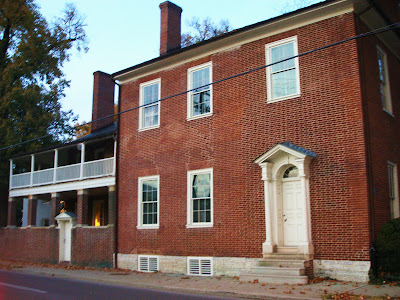 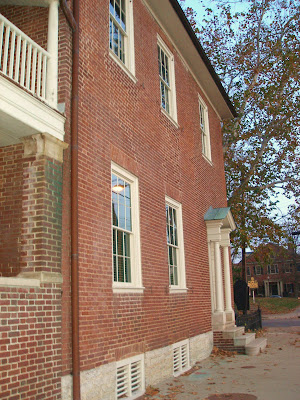 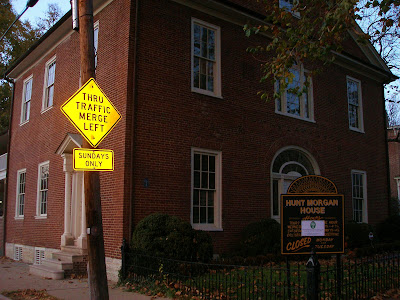 Supposedly, the house is haunted by John Wesley Hunt himself (who has been allegedly sighted walking the halls), and by Mammy Bouviette James, the nursemaid of John Hunt Morgan's children. There are various online reports of her apparition being seen on the third floor, where the nursery had been located.
Posted by JSH at 9:00 PM