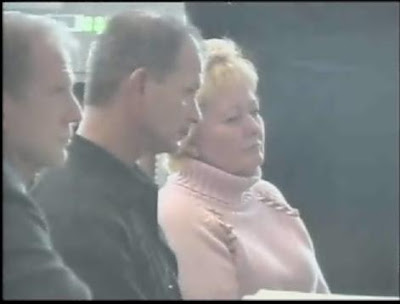 A woman whose son died in 2003 after being hit with a baseball is now suing Louisville Slugger, the manufacturer of the bat that hit the ball.

Debbie Patch's teenage son Brandon was pitching for the Miles City Mavericks when a ball hit by a Helena Senators batter struck him in the temple, resulting in a fatal injury. The batter was using a Louisville Slugger bat.

She believes that the Hillerich and Bradsby Company were aware that their aluminum bats created a high probability of injury and blames them because the bats are designed to hit a ball with extreme force. Well, heck, that's what Baseball is - hitting balls with extreme force with cylinders of wood and metal. Baseball isn't softball, nor is it wiffleball.

She believes the company should have placed a warning label on the bat.

I believe some things are so obvious that they don't require a warning label. It goes without saying that all sports carry an obvious risk. Where would one put the warning label during a football game, I wonder?

Kentuckian pro baseball player Ray Chapman was killed by an errant baseball during a Yankees-Indians game in 1920, even before the days of high-performance aluminum bats. No matter what kind of bat is used, the game is inherently dangerous.

I certainly sympathize with Mrs. Patch for her terrible loss, but blaming a Louisville Slugger bat for an accident is not the solution.
Posted by JSH at 12:00 AM