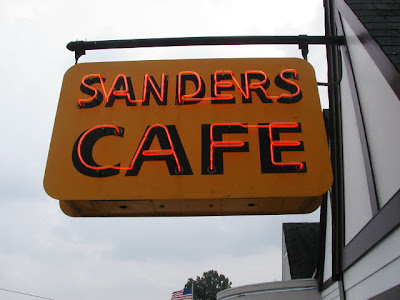 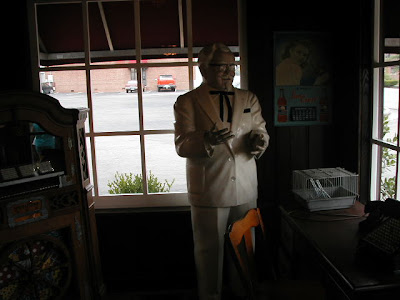 Corbin, KY is home to Sanders Cafe, which was the first Kentucky Fried Chicken establishment, opened by Colonel Harlan Sanders in 1940. It originally functioned as the built-in restaurant for Sanders' motel, which sadly no longer exists, but don't panic: the museum has a meticulously detailed scale model diarama of the entire block as it appeared back in the day. 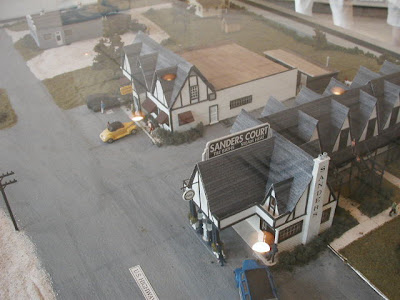 The museum (which is registered as an official historic site) is filled with all manner of figurines and busts of Sanders and all variety of bric-a-brac with the Colonel's likeness, no matter how trivial and peripheral (even the original paraphenalia issued to advertise the museum's opening in 1990 is enshrined as if antique). 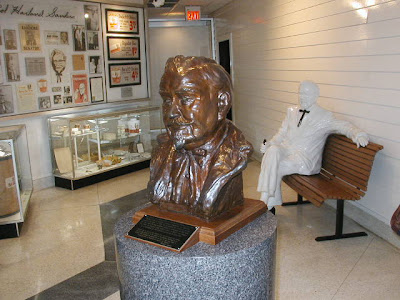 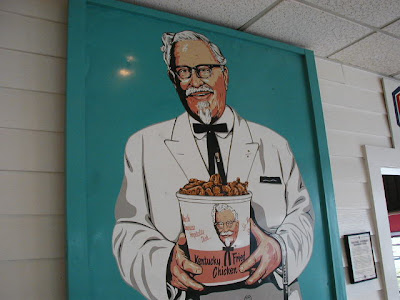 The look and feel of Sanders' original restaurant is maintained for the most part, but the effect is somewhat killed by having a completely modern and glitzy KFC serving counter in the midst of it all. 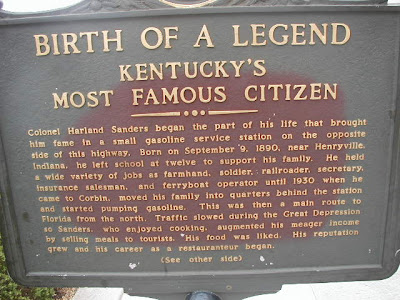