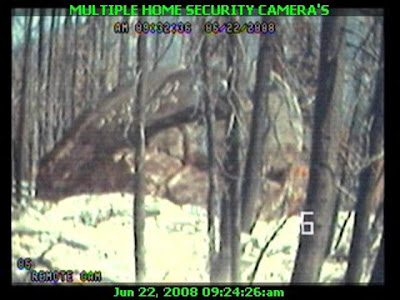 I've looked at most of the pages on this site and I still don't really get what it's trying to convey, but it sure makes for an interesting late-night tour of the labyrinth of one man's UFO-obsessed mind.

Apparently, there is an alleged alien crash site in Burnside, KY (Pulaski County), containing not only several large fragments of UFO debris, but also ancient artifacts of an alien civilization scattered amongst the area. One such artifact, pictured below, is said by the site's author to be an "actual alien skull", even though it sure appears to be a small piece of creek-worn sandstone that looks vaguely like a stereotypical big-eyed alien, maybe. If you squint at it. In a dark room. After four shots of Woodford Reserve.

The site is written in such broken English you'd swear it originated in Zhengzhou or something, rather than America. But then again, Kentucky is like a country unto itself in many ways, and this site exemplifies this. Here's a sample:

Do UFO Exist? Of course they Do, We see them all the time, Unidentified Flying Objects. If its Flying and you can't tell what it is then it is a UFO but do Aliens exist? I don't know you tell me, It wasn't until after I took this picture of this petrified wood that I noticed it looked like it had been sawed first on both ends 300 Million Years Ago and then Petrified, You can be the Judge. It sits perfectly flat on the table.

Very puzzling: despite the site's owner David having just made that statement that he doesn't know whether aliens exist, his site also offers what purports to be a "live alien coffin cam" that stays trained on, yes, a coffin on David's property containing a dead alien. Again we quote from the site:

The extraterrestrial has had a quiet time in the sarcophagus without the permanent noises of a networked civilisation.The pious hope "Rest in peace" might not always come true. The crypt is guarded 24-hours-per day and 365-days per year by special security cameras online for everyone to view. The burial graveyard is a electronic wonder as we listen to the mysterious signals.

Internet Censorship Of Intellectual-Technical Information Even Common Scientific words And Covert Online-Personal Surveillance Operations: Even Though The Goverment
Denies The Existence Of Extraterrestrials And UFO'S, Portion Of This Web Page Has Been Censored At The Request Of [CENSORED].

Unfortunately, far as I can tell, the "live cam" image appears to be a simple animated GIF rotating the same images over and over again in a loop. Sigh. 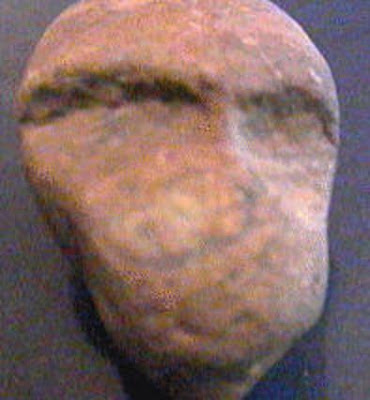 Now, far be it from me to be a debunker - and certainly not for something like this that seems easy as shooting fish in a barrel. But despite the apparent exagerrations and falsehoods presented on David's site, I still hold out some open-mindedness that there could be a grain of truth to the notion of a UFO crash site in Burnside, and I'm still tenuously able to give benefit of the doubt to the idea that the site host is probably a sincere kind of guy and just lacks the ability to present his case in a coherent and believable manner.

Maybe I'll drive down and see his "Alien Grave Drive" UFO museum for myself soon, and get an interview for our blog. I'll keep you posted....
Posted by JSH at 6:49 AM

Of course, it might be a bad idea. Going somewhere in Kentucky to see someone's "Alien Drive Museum" would probably be much like going to see Cpt. Spaulding's Murder Museum in Rob Zombie's House of 1,000 Corpses and probably lead to the same sort of aftermath as a visit to the Firefly Family Home.