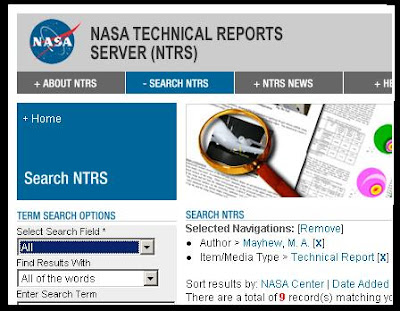 This is apparently one of those things that tend to get buried and lost in the shuffle of mountains of government-generated paperwork and bureaucracy - check this out.

"A very prominent magnetic anomaly measured by MAGSAT over the eastern mid-continent of the United States was inferred to have a source region beneath Kentucky and Tennessee. Prominent aeromagnetic and gravity anomalies are also associated with the inferred source region."

Okay, so a huge magnetic anomaly under Kentucky is cool, and is right in line with everything I've been saying about the "Kentucky Vortex", the "Dark and Bloody Ground", and the old William S. Burroughs bit about old evils lurking under the soil. But gravity anomalies specifically under Kentucky? Damn! This is hardcore!

And of course, the first things that come to my mind are the stories about the ancient civilizations of people that were supposedly here before the Native Americans, and then I start thinking about why the Blue Grass Army Depot is said to be the Area 51 of Kentucky. (And then I start thinking about the guy who claims there was a UFO that crashed in Burnside, KY... but only for a moment.)

Could this "Kentucky Anomaly" be a sort of Unified Field Theory for everything that's weird about this area? I'm intrigued. They fed this anomalous data into a NASA computer and asked it to come up with a theoretical model that might explain the anomaly. As the NASA website tells it:

"A crustal model constructed to fit these anomalies interpreted the complex as a large mafic plutonic intrusion of Precambrian age. The complex was named the Kentucky body."

How X-Files is that? It's called "The Kentucky Body" and they don't know exactly what it is but they do know it's causing huge magnetic and gravity anomalies?

Did they really say "gravity anomalies"??? Yes, yes they did. Whoa.

Now I know the Pre-Cambrian era well - that's back in the old, old, times before everything. Actually, to call it an "era" is a misnomer - it actually comprises the entire first seven-eighths of the Earth's history, about which we know practically zip.

It's not just all about this "Kentucky Body" though: a subsequent report notes that "the source region for the satellite anomaly is considerably more extensive than the Kentucky body sensu stricto."

Aside from a mention in some grad student's online paper, I can't find any further analysis of the Kentucky Body and the Kentucky Anomaly by NASA (or anyone else) after this initial flurry of papers in the 1980s. Why? Did the subject become classified?
Posted by JSH at 12:11 AM

wonder if this has anything to do with all the cancer? Although a lot of people seem to think that comes from the water.