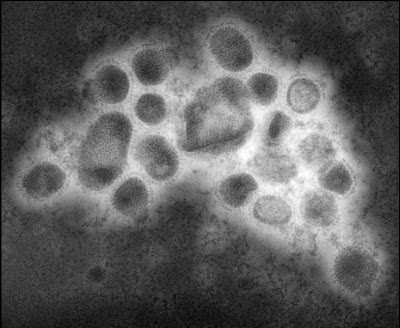 A Warren County woman has been hospitalized in Georgia with Kentucky’s first confirmed case of H1N1, or swine flu, state officials announced Thursday, and a probable case has been diagnosed in an infant.

Gov. Steve Beshear and Commissioner of Public Health Dr. William Hacker announced the developments at a news conference, saying the woman had recently returned from a trip to Mexico and a couple of days later traveled to Georgia where she fell ill. A second case in the Barren River Health District is suspected but has not yet been confirmed as swine flu. The district serves Barren, Butler, Edmonson, Hart, Logan, Metcalfe, Simpson and Warren counties.

Beshear said the child “had close contact with a family member who recently went to Mexico and returned.” The child, he said, has not been hospitalized since the case is apparently a mild one. Samples have been sent to the Centers for Disease Control in Atlanta for further testing, but Hacker said he expects confirmation the child is suffering from swine flu.

Beshear said officials are not releasing the name of the county to avoid fear and anxiety by local residents but will identify the county if the illness is confirmed as swine flu.

On April 29, the World Health Organization raised the pandemic alert level to five, the second-highest level, indicating that a pandemic is "imminent".
Posted by JSH at 10:47 PM

I know this isn't directly related to illegal immigration but does everyone see why it's so important to keep track of who is coming and going?

The above-linked article launches a claim that the H1N1 strain may have been created by groups formulating vaccines and released accidentally in to the populace.