Graves of the Periphery 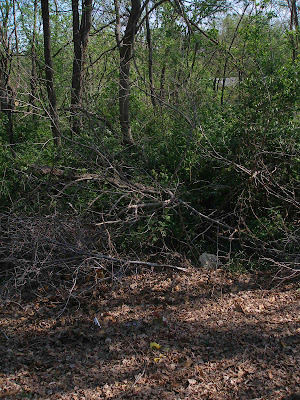 When visiting a cemetery, I always make a beeline for the outer edges, the fringes, the periphery of the property. As often as not, I find "lost" graves that have gradually been forgotten by all.

It usually starts when foliage on the edge of a cemetery is allowed to begin to overtake graves nearby. At first whoever mows the cemetery is aware of these graves, but they lazily stop mowing around them because of the overgrowth. Years later, someone else is mowing the cemetery and doesn't realize the graves are there. Decades pass and they end up becoming completely obscured as the woods and shrubbery move the outer border of the graveyard inward by several feet.

I estimate that in the last decade, I've rediscovered 200-300 "lost" graves in Kentucky cemeteries. They may have been listed in the cemetery records (or they may have not if the lists were compiled after the graves were covered up) but they were completely invisible. From the looks of them, many had not seen the light of day since before my lifetime.

For example, today in the historic old Louisville Cemetery I was puttering around the far corners and came upon this grave marker well on its way to being lost. Covered in leaves and debris that's been piled up on it and around it, only a corner peeked out. This area has increasingly become part of the wooded edge, rather than the cemetery proper. But there's a grave here, and deserves better treatment than this. 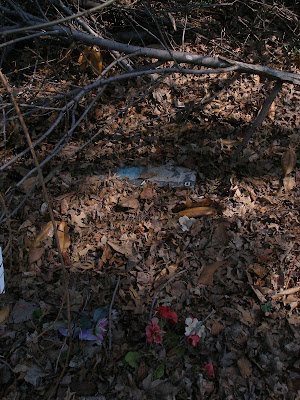 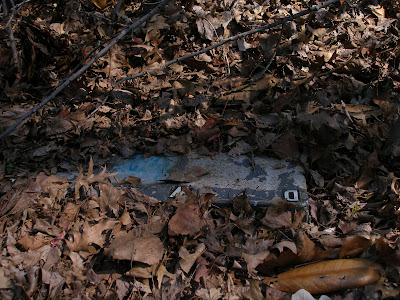 It's a fascinating marker, actually: mailbox letters are used to spell out the name, and some sort of ink drawing seems to be encased under glass but has faded to an ethereal pale blue with time. 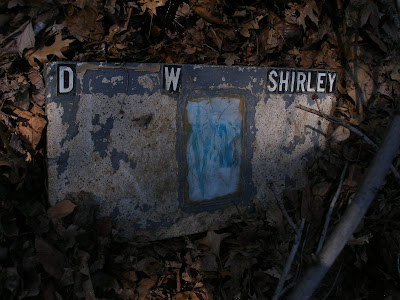 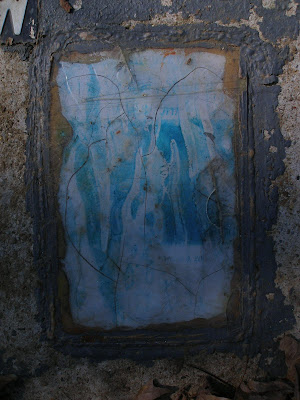 It's especially interesting when I go hiking and find cemeteries in or around state parks. When I went to Greenbo Lake last year they have a small cemetery right off one of the park roads and essentially right in the middle of the trail. I snapped some pictures and also noticed some stones that appeared in the process of being forgotten altogether. It's really sad to think how many people are forgotten while they are alive much less once they've passed on.