The Man With the Hook 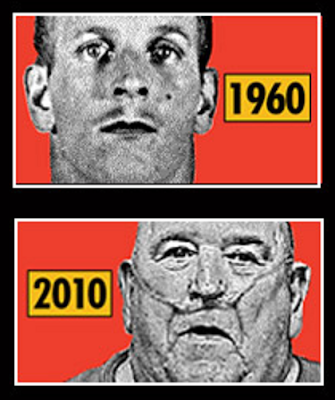 Ever heard the common urban legend about "the man with the hook"? A young couple is listening to the car radio making out in a secluded Lover's Lane spot when a hook-handed serial killer attacks and kills them. Although Edward W. Edwards doesn't have a hook for a hand, he was an early suspect in the double murder of a pair of young Oregon lovers under similar circumstances in 1960. Larry Peyton's body was found with multiple stab wounds in a park in November 1960 and his girlfriend Beverly Ann Warren turned up 43 days later, hidden in another location and also stabbed to death.

Edwards, you'll recall, was arrested in his Louisville trailer park home back in 2009 and arrested for the 1980 murder of another pair of lovers, Tim Hack and Kelly Drew in Wisconsin. It was soon discovered that Edwards was a serial killer with a predilection for young couples, and before long, cold case files started coming out of the woodwork with previously-unnoticed connections to Edwards. Edwards may or may not have been the inspiration for the "Man With the Hook" legend, but some are starting to suggest that he may even be The Zodiac Killer, or at least responsible for some of the murders attributed to him. 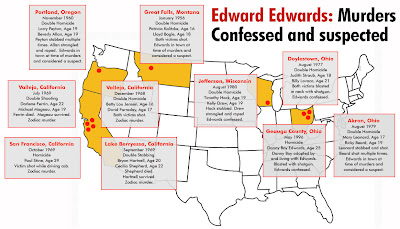 I've been toying with writing a book about Edwards, but I recently read The Peyton-Allan Files, by investigator Phil Stanford, which totally blew me out of the water and makes me rethink the whole thing. Stanford, a native of Portland, has done meticulous research in the deaths of Peyton and Allan, and has gone straight to the horse's mouth and contacted Edwards in prison.

Edwards was in Portland when the Peyton-Allan murders occurred, and was even arrested and brought in for questioning because of a suspicious gunshot wound he had. Edwards escaped from jail before he could be interrogated, an experience he details in his bizarre autobiography Metamorphosis of a Criminal. 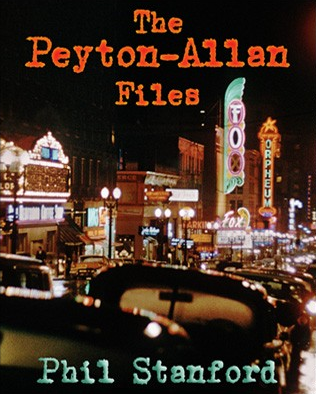 Among the most interesting of Stanford's revelations is that Edwards at one point was claiming to be a CIA agent on a secret mission for the U.S. Government's intelligence bureau. Although it's highly likely this was just another scam from a lifelong con man (he also posed as a psychiatrist while on the lam), I'm intrigued by the idea that Edwards may have had possible CIA connections.

It is true that many ordinary people over the years have been used by the CIA for one-off jobs, but not actually employed as bonafide agents. Sometimes it happens that these people - waiters, cab drivers, street hustlers - develop an exaggerated sense of importance and go around declaring themselves to be "working for the CIA", which of course the agency must then deny.

Edwards is now 77 and in rapidly declining health. Who knows how many more of his crimes remain unknown and unsolved? While he's still breathing, we need more researchers like Stanford to dig for the truth about his complicated and twisted life.
Posted by JSH at 3:41 PM