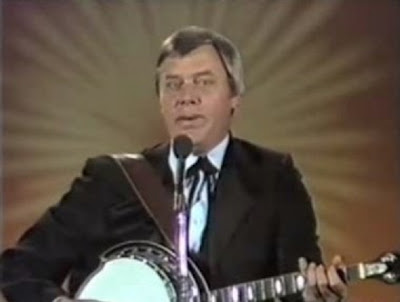 Tom T. Hall has become one of country music's most prominent elder statesmen, a fact that makes me feel rather smokehouse-aged myself since I vividly remember him from my childhood as being that guy who did gently goofy post-Roger Miller songs like "I Love", "Little Bitty", "How Do You Talk To A Little Baby Goat?", "I Like Beer" and "Sneaky Snake".

If you ask me, the fact that Mr. Hall is another good Kentucky boy (from Olive Hill) should be made more of a big deal by tourist-attraction types whose job it is to make big deals of such things. But no one asked me. So I'm ringing the supper bell to sing Tom's praises myself today.

Tom's first band, the Kentucky Travelers, released a few records on the Starday label, and according to Wikipedia, they "performed before movies for a traveling theater", a concept which piques my interest greatly. Did this "traveling theatre" tour nationally? Or just Kentucky?

But soon his songwriting skills took him to Nashville, where he had hit songs with "Harper Valley PTA" by Jeannie C. Riley, "DJ For A Day" by Jimmy C. Newman, "Hello Vietnam" for Johnny Wright (made even more famous years later as the opening theme from Stanley Kubrick's Full Metal Jacket.)

And by the late 1960s/early 1970s, he was a recording star in his own right, with songs like "I Washed My Face in the Morning Dew" (not to be confused with that other "Morning Dew" song) and "The Year That Clayton Delaney Died". Clayton Delaney, by the way, was a real person from easten Kentucky; a ramblin' rounder kinda guy who the young Tom idolized, just like the song says.

One of his songs, "A Week In A Country Jail", was based on a true story: Tom was pulled over by a cop in Paintsville, KY for speeding, and then arrested for expired tags on his car and for not having his drivers license on him. What was supposed to have been an overnight stay in the local jail turned into a week when the county's only Judge left town to attend a funeral. This Mayberry-gone-wrong story became a hit in 1969. Ironically, Paintsville is now the home of the U.S. 23 Country Music Highway Museum, which pays tribute to Tom's success. 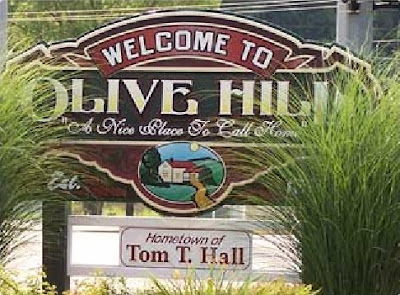 Love Tom T. Hall. Got my iPad for Christmas, downloaded the Pandora app, and the christening search was for Tom T. Hall.

My mom has been friends with Tom T. Hall's nephews since they went to high school together in the 70's. When they are in Morehead, they like to stop by the grocery store where Mom works to say hello :) They are a really nice family.