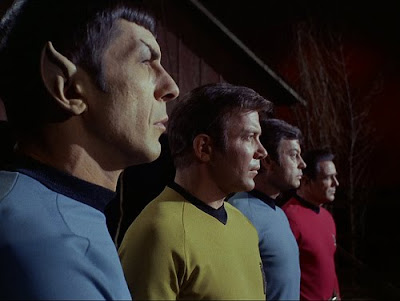 If you, like me, are a devotee of Star Trek minutiae, you probably already know that the Louisville Science Center is hosting Star Trek: The Exhibition until May 22, 2011.

According to the press release, the exhibit is divided up into thematic sections, including:

• Exploration, presenting a timeline of the Star Trek story, and including original models, costumes and props.

• Health Innovation, featuring medical equipment, props and costumes used by actors on the shows. Authentic objects from Star Trek on display include Crusher’s Costume (from Star Trek: The Next Generation), Tri-Corder (used to scout unfamiliar areas and record technical data) and HypoSpray (Star Trek’s fictional version of today’s jet injector, a medical injecting syringe using a high-pressure narrow jet of injection liquid instead of a hypodermic needle to reduce the pain). 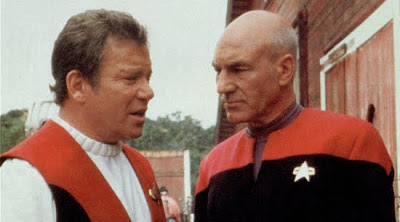 • Communication, featuring a reproduction of the Transporter Room that can be explored and stood upon. Actual objects from Star Trek include the Communicator, a hand-held communication device and later the Cornbadge; the Earpiece often used on the bridge; and costumes.

• Space Travel, featuring actual set pieces from Star Trek: The Next Generation and authentic Star Trek artifacts including costumes and Federation, Vulcan and Klingon ship models.Experience Star Trek as never before – hands-on, live, up-close and in-person. Explore the worlds, the wisdom, the science, the stories, the cultures, characters, fashions and the fantasies of the Star Trek universe. 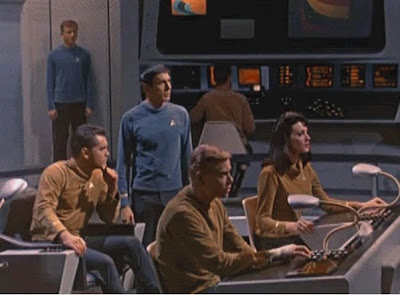 Although I enjoy all the many variants of Star Trek, I'm primarily an old-school Kirk-and-Spock kinda guy. I do hope the exhibit (I haven't seen it myself yet) has plenty of artifacts from the original series (1966-1969) and the two pilot films that preceded it - The Cage (1964) and Where No Man Has Gone Before (1965). 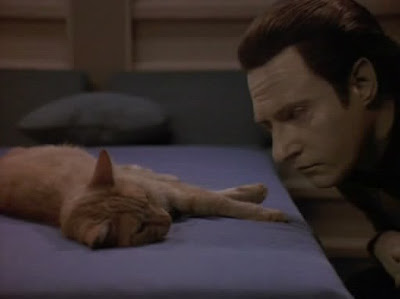 • As a youth, I attended a science fiction convention in Louisville called Omnicon in 1976, and got to meet DeForest Kelley, shake his hand and chat with him for a few moments while he autographed my program book and a copy of Star Trek: Log One by Alan Dean Foster. I was a bit taken aback that he showed up in a purple leisure suit with bell-bottomed pants, open-collared shirt and an ostentatious gold chain necklace. Then again, this was 1976.

• He is quoted in The Star Trek Cookbook as sometimes using Kentucky bourbon in his baked beans recipe, and he also makes reference to this in a deleted scene from Star Trek V: The Final Frontier.

• He also drinks a mint julep in the episode "This Side of Paradise", although if he was drinking actual Kentucky bourbon in it as per the proper formulation, he must have brought his own from the ship. It would be highly unlikely that Kentucky bourbon made it all the way out to the remote rural colony of Omicron Ceti III, although stranger things have happened in the Universe. 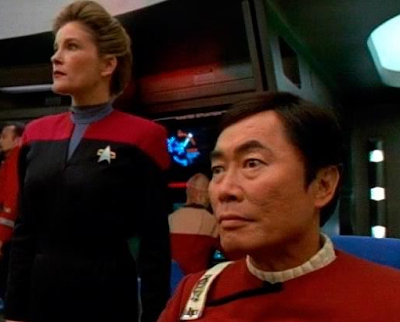