The Ham That Roared 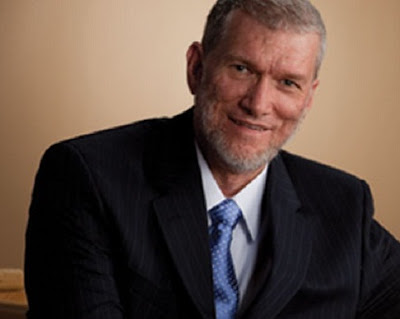 The ongoing drama surrounding the coming Ark Encounters theme park just keeps getting kookier. The Courier-Journal is continuing its ongoing skeptical investigation of the full-scale ark replica project, and the controversial Answers in Genesis isn't taking it lying down.

I'd prefer if all parties would just leave our pal Ken Ham alone and let him schleprock on with his Flintstone self - as I've said before, I think people should be allowed and even encouraged to pursue their own private vision and their worldview, even if that vision is completely and utterly out of agreement with the rest of humankind.

It's just too easy to make fun of Ham and his lifelong dream of making Kentucky a Christian Creationist mecca; it's like shooting fish in a barrel. Let the man work. I'm actually really looking forward to the mind-meltingly surreal theme park becoming a reality - mark my words, it will be a road-tripping destination for seekers of Kentucky weirdness, just like his Creation Museum.

P.Z. Myers at Science Blogs takes a predictably snarky tack, referring to Mr. Ham as "the Squealing Piglet". Myers does, however, rightly point out Ham's pathological intolerance for being criticized or questioned. Ham, faced with a new Courier-Journal article in which experts debunk exaggerated claims of attendance, pulled the "more Kentuckian than thou" card and posted this on his Facebook:

"They just don't let up in their anti-Christian agenda driven vendetta against this phenomenal project. We are preparing a response that will be our lead article on the www.AnswersInGenesis.org website. As we are composing the rebuttal now, we'll take my blog item from Saturday and update and adapt it as our response to a newspaper that seems to want to have the Ark be built in another state -- and apparently doesn't care about the thousands of jobs and hundreds of millions of dollars that would end up elsewhere. Not very pro-Kentucky, is it, for a Kentucky paper?"

Even more worthy of letting one's head hit the desk, the Facebook comments Ham received range from the hilariously telling:

"This is why we quit reading newspapers"

To the embarrassingly bourgeois:

"You say this was a Louisville paper? Well there you go, they really aren't Kentuckians, they bleed red and not blue"

To the jaw-droppingly scary:

"This reporting comes from the father of lies...the deceiver...it is a project that brings God glory and is bound to be a target. Gear up...put on the full armor of God. The shield of faith is a very beautiful picture "painted" by the Apostle Paul. In the historical context of this "picture" the Roman shield was covered with leather then soaked in water...Paul says to take up the shield of faith to put out the flaming arrows of the enemy..."

Can't we all just get along?

Probably not, because Ham's latest volley against the "vendetta" only escalates the war of insults and innuendo:

"We believe, based on previous Ark-related comments made in the newspaper, that the Courier-Journal’s opposition to the Ark Encounter has everything to do with the religious content of the project and the editors’ dislike for something that wants to show that the Bible is true from the very first verse.

Given the track record of the Courier-Journal, our conclusion is that the paper’s editors are trying to discourage people from getting behind the project by employing scare tactics to try to move the Ark Encounter out of state...

Just as God blessed the Creation Museum amidst tremendous secularist opposition it received several years ago, we are confident He will also bless AiG’s latest effort to build yet another complex that will honor and defend His infallible Word."

Does anyone besides me see a slight resemblance to former UK and pro star Dan Issel?