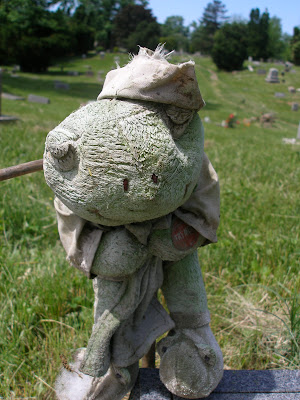 Last summer, Victoria and I were doing some cleanup in Louisville's troubled Eastern Cemetery, picking up trash and straightening fallen flags and shepherd's hooks. 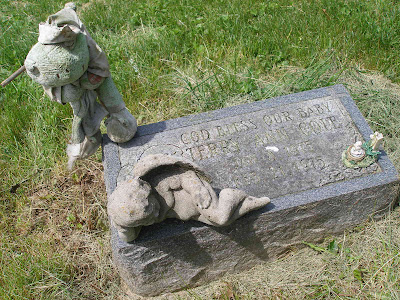 This very old stuffed frog was mounted on a stick at a baby's grave and had fallen over, so we propped it back up to its proper upright position. About 15 minutes later, it began to spontaneously speak, freaking us both out considerably. (Apparently there was still a tiny charge left in its ancient battery, but weak enough to cause a long delay after having inadvertently pressed its talk button.)
Posted by JSH at 6:15 AM