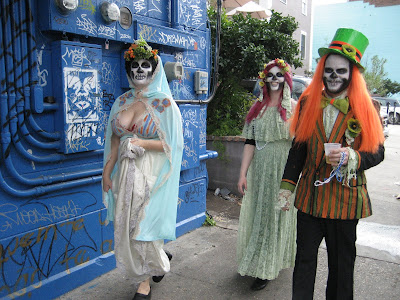 Fat Tuesday and Mardi Gras - and all the magickally attached psychic tentacles that come along with them - are mere mortal concepts, of course. You don't actually need to eat jambalaya and drink hurricanes and wear plastic beads and throw colorful coins and flash your breasts to strangers and listen to Luis Russell records to feel the New Orleans spirit (and it is, literally, a spirit).

But hey, it couldn't hurt, right? 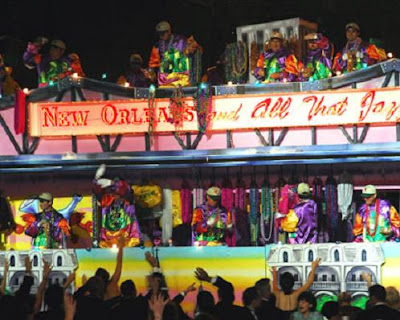 Meanwhile, I'm having my very own New Orleans of the mind right here at Chez Jeffy's, and will mixing up some sort of heady concoction in my Pat O' Brien's hurricane glass. I'll probably fry up some cajun-style blackened grouper too. But really, that's just another day around here. My real homage to the Loa of Orleans Parish will come later, when I go downstairs to that locked room beside my wine cellar and I open the wooden doors of the you-know-what and light the something-something in honor of you-know-who. 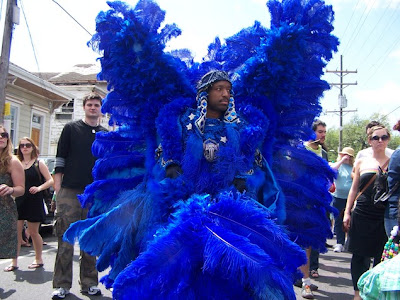 If you're looking for something a little more conventional this day, however, there are plenty of good Mardi Gras festivities going on around our fair state, I hear tell.

The Dish in Lexington is having some sort of event called Dish'n Out Mardi Gras.

Tonight there's the annual Mardi Gras For Homeless Children, at the Northern Kentucky Convention Center in Covington. $55 per person, for a darn good cause, and Grand Marshaled by none other than Doug Pelfrey.

This page says that Infernal Dreams, a lively bunch of horror enthusiasts in Winchester, are having a Mardi Gras celebration, but I didn't see a mention of such on their website. Inquire. 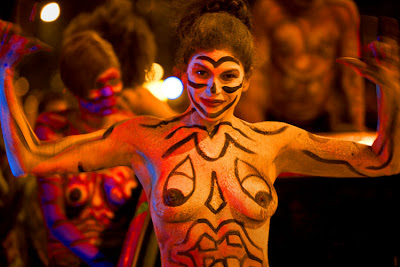 Cafe Lou Lou sounds like a snappy place to be snackin'. According to their press release:

Every day of the year, Café Lou Lou intertwines the city of Louisville and the state of Louisiana. In case you’ve ever wondered, that’s also where the name “Lou Lou” derives. Their specialty is always bringing Cajun-style and Cajun-flavored cuisines here to the river city. And, when Louisiana’s, and arguably the entire nation’s, biggest party happens 3 states away… thanks to Café Lou Lou, you won’t even realize you’re not right on Bourbon Street!

Believe me, I'll realize the difference. Heh. But still, sounds like a swingin' time down at Lou Lou's. Furlongs and Joe's OK Bayou are also having Fat Tuesday festivities today. 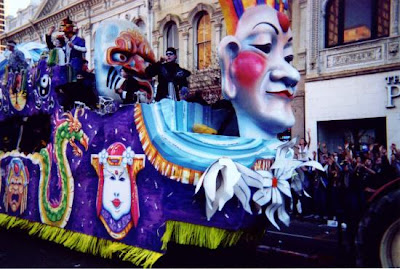 But nothing says New Orleans like, well, New Orleans. Catclaw's own Terry is down in the heart of the quarter diggin' the scene live and firsthand right now as we speak, and I'm jealous, dammit. Last we heard from her, she's havin' a ball and will file a full report with the head office when she returns and recovers.
Posted by JSH at 11:38 AM