The Search for the Colonel's Bronze Head 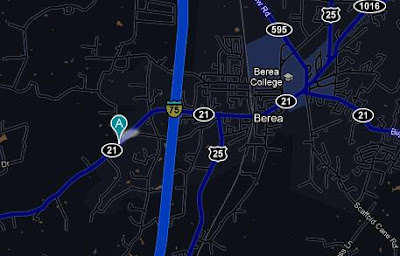 From the Lexington Herald-Leader:

A bronze bust of Col. Harland Sanders was stolen from the KFC on Chestnut Street in Berea on Jan. 24.

Four young men had been the only customers during the time frame that the bust disappeared. After they left, an employee "discovered that the colonel had left also," said Capt. Ken Clark of the Berea Police Department.

Restaurant manager Cassie Tipton, said the bust was present in the lobby when an employee was cleaning that area Sunday afternoon. She left the lobby and when she came back, the bust, valued at about $1,200, was missing, Tipton said.

The four young men were high school or college age and left in a silver passenger car. Anyone with information should contact Berea police at (859)986-8456.

Gosh, I just can't imagine who would want to steal a bust of Colonel Sanders. If I were the police, I'd make inquiries who might have a motive in wanting to attack KFC in such a petty and childish way, and maybe research whether there are any local members of militant anti-KFC groups out there.

(Especially ones that have recently protested a Colonel Sanders statue in nearby Corbin.)
Posted by JSH at 12:14 AM