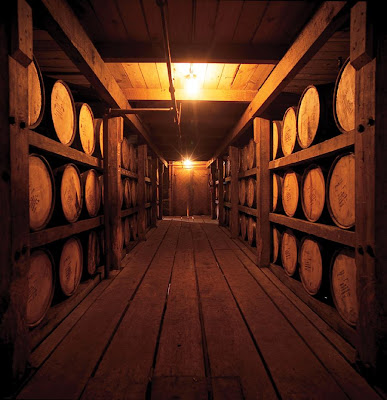 Justin Thompson has a scathing critique of Kentucky's bizarre new liquor tax increase in his essay "You Watch my Back and I’ll Stab Yours: How KY Lawmakers Have Started Another Whiskey Rebellion", printed in the currest edition of The Bourbon Review. An excerpt:

On April 1st of this year, the booming bourbon industry was delivered a low-blow by its lawmakers when Kentuckians were required to pay an additional 6% sales tax for the first time on alcohol. The tax was passed and quickly signed by Governor Steve Beshear in an attempt to cover the state’s 454 million dollar shortfall in the budget. So what’s the big deal you ask? Local, state and federal taxes gobble up an average of 53% of what is paid for a bottle of bourbon in the Bluegrass State which was the third-highest effective tax rate in the nation BEFORE the 6% sales tax was added according to the Kentucky Distillers Association. The timing of this tax could have not come at a worse time either. When small-business owners and retailers are doing everything they can to attract consumer traffic and stay in business, lawmakers have crippled the efforts of the 3,400+ liquor retail stores and countless restaurants and hotels who rely on liquor sales to pay bills. Not to mention the negative effect this will have on the Midwest’s largest growing tourist attraction, The Bourbon Trail, by threatening the 500,000 visitors who might not choose to visit as many distilleries because of the higher prices. There is also the competitive advantage that now has been lost to our border states who used to drive from Cincinnati or Southern Indiana into Kentucky to do their shopping for alcohol. Chances are those densely populated areas will see a reversal in business as more Kentuckians will go across the river for their booze to save a few dollars during these tough times.


Why would lawmakers make such a quick decision (it took only about a month to debate and pass the tax) even though several national and local economists believe raising taxes during a recession is a counter-productive move? First, you would have to examine the hypocrisy that is Kentucky politics. Kentucky is composed of 120 counties: 30 of which are wet and 90 that are dry. Those 30 counties include the most populated areas and enjoy the majority of the residents. Even so, there is a large portion of Kentucky that is dry and the vast majority of the lawmakers from these regions voted for the tax increase. Why are there so many dry counties in one of the largest alcohol producing states in the nation? One reason is bootleggers. In every single one of those 90 counties, bootleggers operate unbothered by the law, unregulated and untaxed. In most cases, they infiltrate the political circles and ensure that any talk of a county voting wet is squashed very fast. I grew up in one of those small dry counties and was shocked to find that alcohol was harder to score as an under-age freshman in college than it was as a freshman in high school. If you don’t believe that bootleggers have political-pull, then think about the last time the local news did a story about police busting a bootlegging operation in one of those rural counties. These dry counties do nothing to generate alcohol sales tax receipts, but they are more than happy to accept the tax-money that wet counties produce.

Did I read that wrong? Is the Bourbon Review actually stating what I think it's stating?
Posted by JSH at 2:24 PM

I seem to recall a federal law that forbids a tax on a tax. Isnt the fact that 53% of the cost of alcohol is tax? If that is the case...shouldnt we be paying the 6%tax on 47% of the cost instead of 100%? Any tax attorneys out there care to comment?