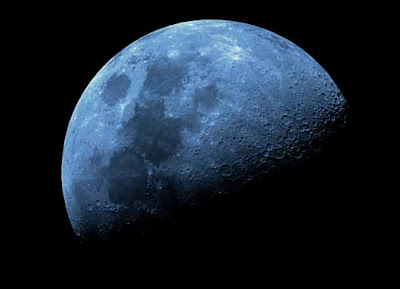 Last night was said to be, according to those who say such things, a "blue moon". Whatever that means. There are at least four different competing memes for just what constitutes this "blue moon" they speak of, and none of them are particularly satisfying to me. Apparently much of the misconceptions about it go back to a 1946 article in Sky & Telescope that was utterly, completely wrong - which just goes to show you can't always trust the "experts". 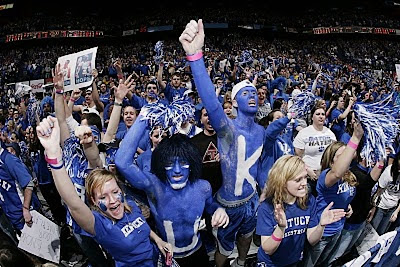 I've already mused on this blog about the various weirdnesses involving blue moons, blue people, aliens, and Elvis, but this latest spate of media attention to the "blue moon" concept has my coffee-oiled gears turning again regarding Kentucky's peculiar obsession with blueness. Of course, what comes to mind first are those ubiquitous Kentucky Wildcats of the University of Kentucky, with their slogans like "Go Big Blue!" and "I Bleed Blue". And much of our state's blue fetish is actually about misplaced blueness - blue moons aren't really blue, and neither is bluegrass.

Blue people seem to be on the rise, culturally, what with Blue Man Group and Avatar. But for over a billion people on Earth, it's nothing new: Krishna has been predominantly portrayed as blue-skinned in the Hindu religion. 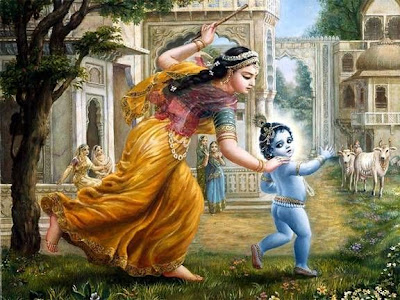 But it's the idea of blue light that interests me most, as far as our discussions about Kentucky go. Reported nocturnal sightings of eerie blue lights - sometimes called "ghost lights" - in the Kentucky mountains have been shrugged off mostly as "swamp gas" (what would skeptics do without this crutch?) but on the other hand, it is possible that in earlier times, the many burning springs and natural gas vents dotting our state's landscape burned with a blue flame.

Many of the UFOs seen around here are blue in color, such as in this report of blue lights in the sky above Fort Campbell (although the testimony doesn't make a whole lot of sense). Coincidentally, Fort Campbell was once home to an elite corps of secret Special Forces known as Blue Light.

Then there's two different "Lady in Blue" haunting legends - one is said to haunt the Seelbach Hotel in Louisville, and a similar one dwells in the Keen Johnson Ballroom at Eastern Kentucky University (Consult your copy of Weird Kentucky for more info on both). And maybe the "Gray Lady" of Liberty Hall is actually a very pale blue. Perhaps blue just happens to be the basic color of mystical energy, or "life force", or whatever you want to call it if you believe in that sort of thing. 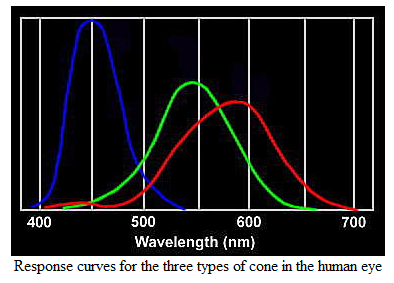 Interestingly, although blue has an extremely short wavelength, the receptors in the human eye are specially geared to detect blue to a greater degree.
Posted by JSH at 8:43 AM