The Belva Mine Disaster

This story, as told over and over, and cut and pasted almost verbatim on numerous online sources, goes like this:

In December 1945, an explosion at the Belva mine in Fourmile, KY killed many miners and left a handful of survivors trapped. These survivors were eventually rescued, and subsequently stated in interviews that at one point during their ordeal, a "door" somehow opened up in a rock wall and a man dressed as a "lumberjack" or "telephone lineman" stepped out to reassure everyone that they would be rescued. The mystery man then went back into this well-lit room, closed the opening behind him, and was gone.

The source for these interviews is universally given as having "appeared in the December 1981 - January 1982 issues of newspapers in Pineville, Kentucky". Some online sources mistakenly place the setting of the Belva mine in Pennsylvania, but they're obviously confusing it with a similar story of strange men illuminated by a bluish light that manifested to trapped miners in Shipton, PA and told them not to worry.

The CDC actually has an old report online here (in pdf format) - but it doesn't address the magical lumberjack.

The recent hubbub about the rescued Chilean miners being forbidden to talk about the first 17 days underground has raised a lot of conjecture about what exactly is being concealed in that incident.

Some invoke the Richard Shaver "Deros", others the "Hollow Earth" hypothesis, and still others point to the list of alleged underground bases that has been circling the net since the 1990s.

(That list, by the way, names Pineville, KY as the site of a so-called "underground base", apparently for no other reason than because of this very "mystery lumberjack" story we're addressing now. It also incorrectly lists a cave in Tazewell County, VA as being in Kentucky.) 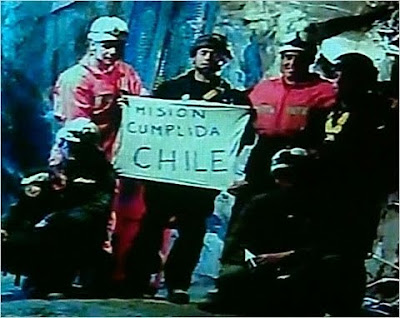 It also doesn't help the story's provenance that a newspaper account at the time, published in the Middlesboro Daily News, makes no mention of anything odd or supernatural happening. I have yet to track down these alleged 1981-1982 papers that blow the lid off the lumberjack legend.

The whole thing sounds like malarkey to me, but I've learned by now that sometimes that stories that sound the absolute stupidest often tend to be the ones that are true. Some have used the Belva lumberjack as a springboard for envisioning a whole concept about good samaritans traveling through time and space to help people in need. Though I don't doubt that such entities could exist, I'm pretty sure this isn't such a case. But with all such matters, like the supposed time-traveler at a Chaplin movie premiere or the long-enduring mythology of the Men in Black, I remain an open circuit and not a closed switch. 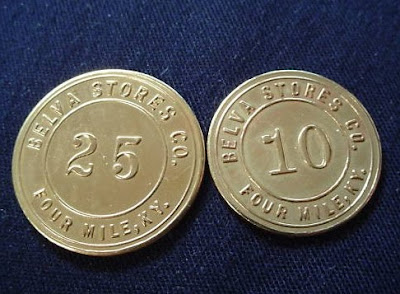