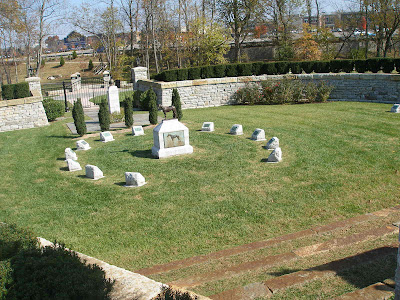 Once upon a time, the site where the sprawling Lexington strip mall known alternately as Hamburg Pavilion and Hamburg Place now occupies was one of Kentucky's most beautiful horse farms. 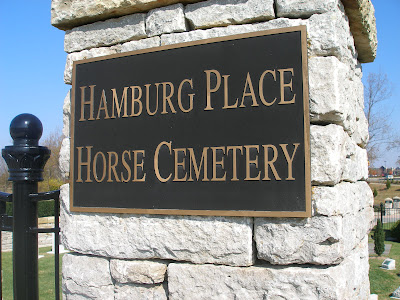 The decision to cleave the farm in two to allow I-75 to be constructed was hotly contested and controversial at the time, but the public was assured this was only a minor marring of the farm's beauty. Then when it was decided to bulldoze half of it to build lots of shopping centers on the edge of a city that already couldn't support its own failing shopping malls, further controversy and arguing ensued. But in the end, commerce won out, as it always does. 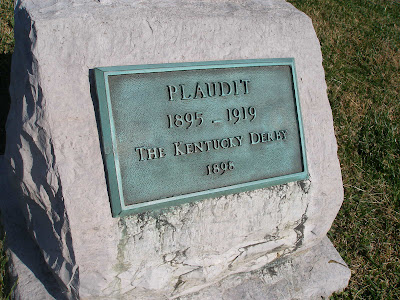 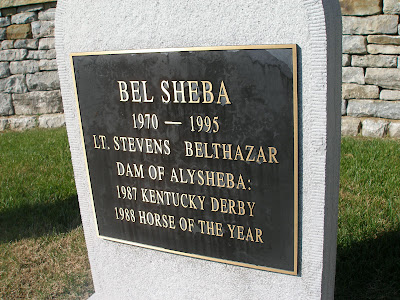 If that sounds cynical, it is. But let me also say that I do love shopping at Hamburg, and always make a beeline for it when I'm in Lex-town. I especially never miss a chance to visit Half Price Books and the butterburgers at Culver's.

And next time you're here, watch for this cemetery on Sir Barton Way that conjures up memories the glory days of the Fayette County horse industry. That is, if you can forget that you're standing in the back parking lot of a Lowe's and a Wal-Mart. 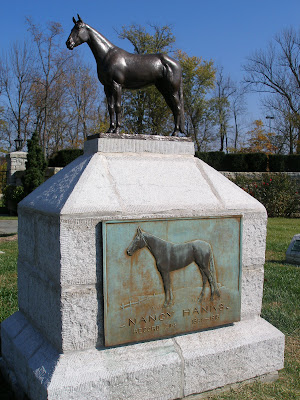 Of all the horses interred here, Nancy Hanks gets the most deluxe marker, with a lovely statue. Named after Abraham Lincoln's mother, Nancy Hanks never ran in a Derby but did break a world's record for trotting a mile in 2 minutes and 4 seconds, which was a major feat in 1892. 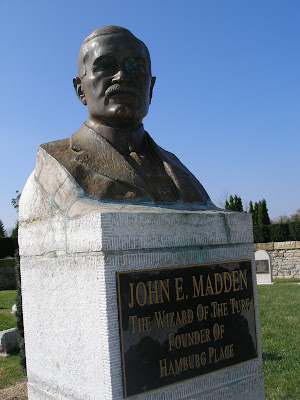 It's John Madden himself, founder of the farm, that gets the fanciest treatment, though. Contrary to popular belief, this is not Madden's grave, it's just a tribute. He's actually buried in Cavalry Cemetery.
Posted by JSH at 6:19 PM