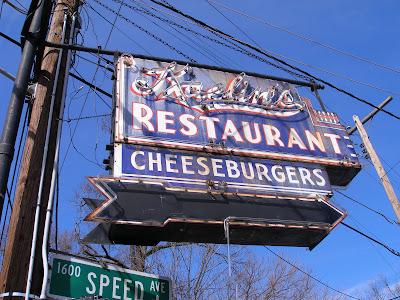 Kaelin's Restaurant, located at the corner of Newburg Road and Speed Avenue in the Highlands of Louisville, has claimed for decades to be "the birthplace of the cheeseburger".

Whether that's actually true or not remains unconfirmed. The title has been claimed by The Rite Spot in Pasadena, CA (1926) and The Humpty Dumpty Barrel Drive-In in Denver, CO (1935). Kaelin's claims to have invented the cheeseburger in 1934. Since the other two locations no longer exist, Kaelin's has at least a claim of being the last surviving of the cheeseburger originators.

That is, until yesterday. The Courier-Journal reported that Kaelin's has closed its doors. Permanently? Well, no, one of the owners, Tim Clark, claims it's just for remodeling, but at the same time they're talking an awful lot about how sales were down and how the economy is bad and how the restaurant faced "real estate and operational hurdles", whatever that means.

A note on the door when I went there today emphatically stated the closure was only temporary for remodeling. 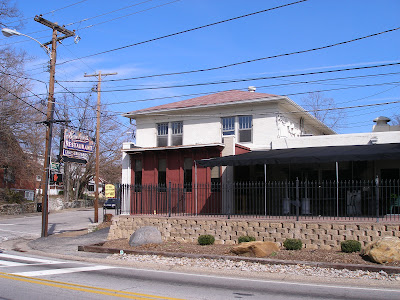 Most tellingly, their phone has been disconnected. I don't think they'd do that if this was just a temporary remodeling. Another part owner, Kevin Wagner, said he was unclear what will happen to the property, or whether the birthplace of the cheeseburger will reopen. 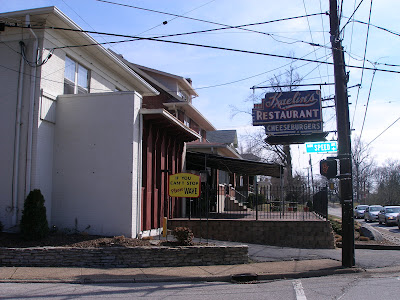 Wow, I grew up on Roanoke Avenue, not far from Kaelin's, and had my first job at Cole's Drugstore, then at Eastern Parkway and Baxter. I was the bicycle-riding delivery boy. Mr. Cole used to send me to Kaelin's to pick up lunch for him and for his assistant pharmacist. He would order a cheeseburger and she would order a hamburger. When I would bring them back, he would juggle one in each hand and say, "This one is the cheeseburger". Invariably correct -- able to feel the weight of a slice of cheese!

They did not have that "Berlin wall" in front of the building in those days!

We will miss Kaelin's too. I took it for granted when it was here and didn't go there often enough. I'm going to make a couple phone calls, though, and see what's really going on. It may just be that we still haven't seen the last of Kaelin's.

Honestly the food was not very good. but it was a fun, old place.