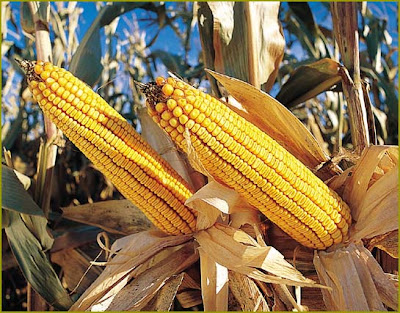 According to a number of online sources including uspirg.org, a French company called Meristem Therapeutics has grown experimental genetically-modified corn implanted with human genes on an acre of open land on a farm in Kentucky.

There's no shortage of scary reports about the dangers of GMOs, but what really concerns me here is the implication that a human-corn frankenstein plant was cultivated openly and allowed to possibly infect the world with, well, itself. What effects would a human-corn monster plant have on nature in general? On animals and insects that ate of it? On the soil it was grown in and the earthworms, bacteria and fungi that interacted with it? 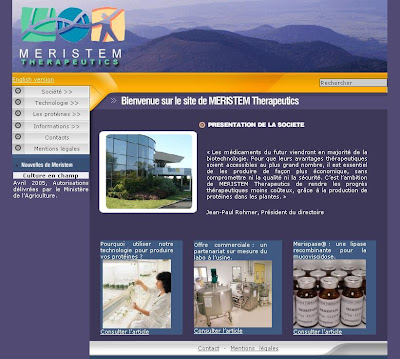 The official Meristem Therapeutics website is currently down, but thanks to the folks at the Internet Archive, we can look at old copies of the site here.

I'm still trying to figure out at what Kentucky farm this mad-scientist monkeying-around took place.
Posted by JSH at 5:15 PM