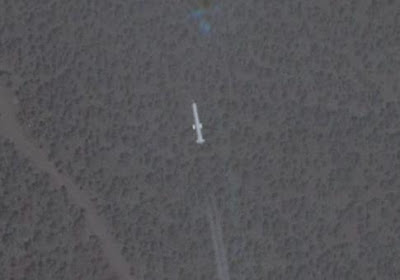 What the heck is it with things in the sky lately? A cylindrical UFO in Florence, a small plane full of ammo crashes in Louisville Fairgrounds, a Vietnam-era Strikemaster plane has an accident at Bowman Field, a spectacular fireball in the sky over all the midwest, plus the usual yearly air show hoopla at Thunder Over Louisville. 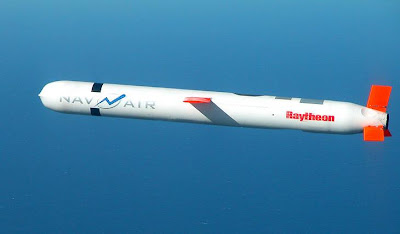 It's a good thing I often tend to be looking upwards anyway.

A friend and I were sitting in my back yard chillin' with some iced tea today when we noticed a plane approaching in the distance. But as it got closer, we realized it was no ordinary plane. It looked like a fairly normal long-bodied plane, but it seemed to be wingless.

As it passed low overhead it became clear that it did have two weird tiny stubby winglets protruding from the center of its sides. It also clearly had more tailfins.

After checking online, I realized that the only type of plane or rocket that fit the description of what we both saw was... a cruise missile. But that doesn't make a whole lot of sense, I'll be the first to admit. Where would a cruise missile be going? They're not the sort of thing one flies exhibitionally. They can't even land. 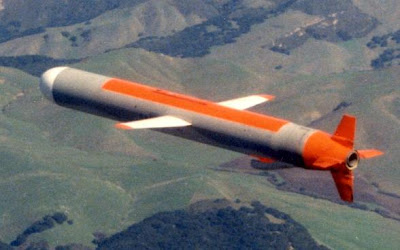 Must remember to keep my camera with me at all times. You never know what you're going to see going overhead these days.
Posted by JSH at 9:02 PM

Your backyard kind of scares me now, between this and the fireball I've been traumatized.

I've seen this twice within the last week flying (very fast) over the Gene Synder!