Is Manchester Too Fat? 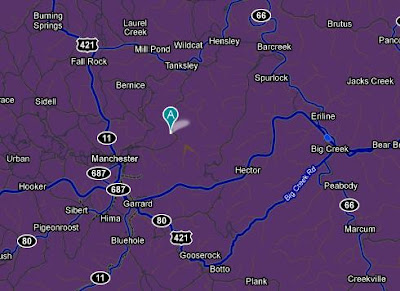 Clay County seems to be getting quite the bad rap lately, what with the Kentucky State Police Cockfighting Scandal earlier this year and the mysterious death of Bill Sparkman last year. Now there's a study that, according to The Atlantic, says the population of Manchester, KY is twice as obese as the national average.

The Washington Post puts an especially sinister-sounding spin on it all, almost begging for a creepy soundtrack music cue and the gravelly-voiced guy on City Confidential:

The residents of this town of 2,100 -- 95 miles southeast of Lexington and deep in the Appalachian foothills -- indeed appear to celebrate the joys of community closeness. The bake sales, the volunteering. But it's what goes uncelebrated, and even ignored, here that has become Manchester's defining feature: In an increasingly unhealthy country, it is one of the unhealthiest places of all.

When I read these reports, I started racking my brains of everyone I know in Manchester - and I have to say, they're not morbidly obese by any stretch of the imagination. Is the statistic flat-out wrong, or are there just hordes of unseen fat people hiding in the bushes, out of sight like "the Others" in Lost?

The piece quote a local resident, Charles Rawlins, as saying: "The kids around here, they'll eat cornbread and taters for lunch. They'll get a 20-piece chicken meal. It's killing them."

I'm not so sure about that. My people back in Estill County are still in great health despite being born and raised on chicken, cornbread and taters.

I blame the processed junk they put in goods nowadays, like high fructose corn syrup, MSG, Nutrasweet, Splenda, partially hydrogenated oils, and genetically modified crap. I also blame cable, internet and especially video games turning America into a bunch of sedentary monitor-watching insensate food tubes who can't spell, can't talk, can't socialize, can't communicate coherently, and can't find their own ass on a map if their lives depended on it.
Posted by JSH at 8:43 PM