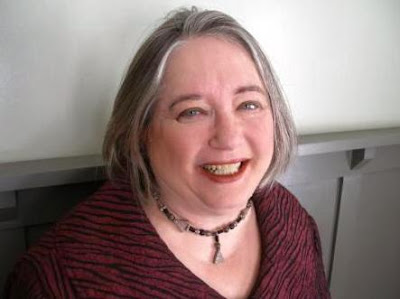 Louisville attorney Sherry R. Deatrick wears a lot of hats in addition to her legal career - playwright, gallery curator, theatre critic, award-winning journalist, and - most notably for me - a creator of whimsical and mysterious artistic creations. Not only has she done some amazing mosaics and crochet amigurumi, but her papier-mache miniature heads have charmed art buyers all over the nation. Because her law practice is her primary pursuit, her art exhibitions are rather infrequent - which makes them all the more special occasions.

In 2004, I attended her one-woman show "Heads" at her own Deatrick Gallery in Louisville, and was so captivated by the rows of tiny peculiar papier-mache heads that I purchased one - a duck wearing a small tiara-like gilt crown. It remains a prized artifact in my personal collection of weird Kentucky art. 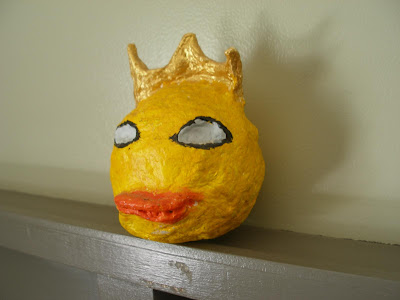 Some may also know Deatrick from her stint as LEO Weekly's theatre critic, earning three awards for that paper for three consecutive years. During that time, she gave the paper a sorely needed emphasis on the lively arts, with feature articles on celebrities like John Waters and local curiosities like Specific Gravity Ensemble (a group known for putting on micro-plays in elevators, who got a great cover-feature story devoted to them). Unlike many jaded critics who phone it in by the numbers or bluff their way through analyses of theatre aspects they know nothing about, Deatrick's passion and enthusiasm for the subject is always high.

But it's her law practice she's most passionate about, and she's become more and more of a crusader in recent years to protect citizens from unwarranted harassment from creditors. In these times of economic turmoil, a good bankruptcy attorney who cares is hard to find. Not only does Deatrick help people get creditors and bill collectors off their backs, she fights back against the collection agencies who use illegal and invasive practices to pursue their claim. In addition to bankruptcy law, Deatrick takes on many different sorts of cases, including helping people get on Social Security Disability, and helping people prevent their homes from being foreclosed. 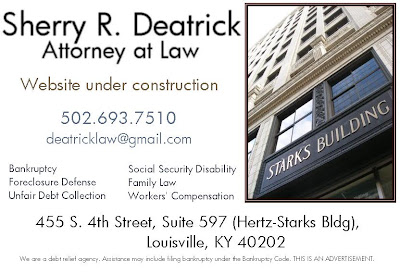 Meanwhile, rumor has it that the "Heads" will be returning to Louisville later this year for an all-new exhibition. I'll be there, and I'll keep you posted on the details soon as I learn them myself.
Posted by JSH at 2:11 PM