One from our blog Revelation Awaits an Appointed Time: 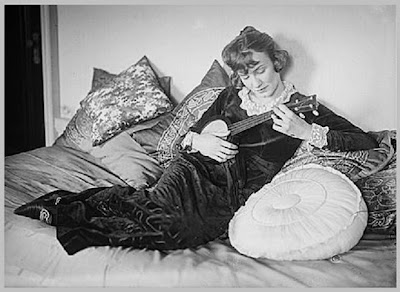 For decades now, the generally accepted history of Jazz considers the first Jazz record to have been "Dixie Jass Band One Step"/"Livery Stable Blues", a 78rpm by The Original Dixieland Jass Band. It was released in May 1917 on the Victor label.

And the myth has been perpetuated that the earliest true Blues (whatever that really means) recordings were those of Mamie Smith, circa 1920. As conventional historical wisdom used to have it, Mamie's pioneering recordings made way for more successful followers like Bessie Smith.

So it's a real anomaly, then, to find out that a white singer named Marion Harris was recording as early as 1916, doing Jazz-Blues standards such as "I Ain't Got Nobody" and "A Good Man is Hard to Find". By comparison, most other female vocalists making records at that time sounded more like Alma Gluck, with dry and dreadful pomposity conjuring up images of prim "society ladies" like Aunt Bee or Mrs. Drysdale.

The real lesson to be learned here is one which Nick Tosches so wisely pointed out long ago in his landmark book Country: that the line between genres like country, folk, jazz, and blues have always been nebulous and blurred, and have never known set-in-stone racial boundaries. It seems that for every instance of a historical 'first' in music one identifies, an earlier progenitor can always be found if you look hard enough.

Blues singer Ma Rainey, whose recording career began in 1923, was actually performing music in that same style as early as the late 19th century on the Vaudeville circuit, and for a time led a band called "The Assassinators of the Blues" - before the Blues supposedly existed!

Henry Thomas made Blues recordings in 1927, but he was old enough to be the grandfather of other musicians of the day - which therefore gives us a rare glimpse at what Proto-Blues music was like in the 19th century, before the genre became codified by the recording industry and mass popularization. (And years later, Canned Heat would rip off Henry Thomas' Bull Doze Blues for their hit "Going Up The Country".) 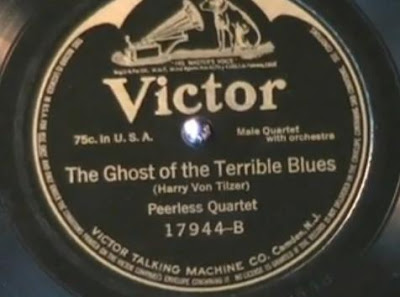 And then there's bizarre recordings like "The Ghost of the Terrible Blues" by the Peerless Quartet in 1915, whose peg doesn't logically fit into any historical hole. Before Dixieland, before Jazz and/or Jass, before the Blues as we came to know it, there many droves of Fox-trot bands like Prince's Orchestra who played everything from opera to marches to uncategorizable weirdnesses. Much of this obscure material was clearly jazz and blues before there was supposed to have been a jazz and blues.

Oh, to have lived in a time when no one felt a need to rigorously define musical genres, or assign non-musical baggage to it! 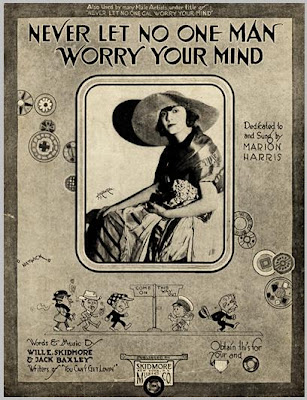 But back to Harris: not only has her contribution to musical history been largely forgotten and buried by the sands of time, so have the details of her biography.

She was said for most of the 20th century to have been born in Henderson, KY but scholars can't agree whether she was actually from there, or from over the river in Indiana. Her birthdate is presumed to be 1897, but her gravestone says 1906. The gravestone cannot be correct, as we know she was not ten years old when making her first records in 1916. 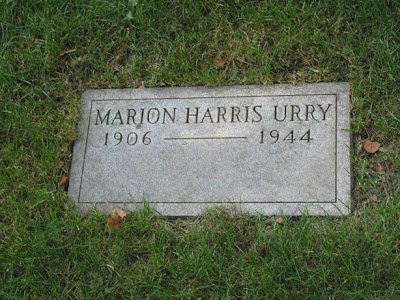 We actually know very little about her childhood, and her life. It's been rumored that she was related to President Benjamin Harrison and was persuaded to change her name from Harrison to Harris to avoid shaming the family name with her Vaudeville hi-jinks. We do know she married her agent, Leonard Urry, at some point and then died on April 23, 1944 at the Hotel Le Marquis in New York. She had fallen asleep in bed with a lit cigarette, igniting a fire that took the life of the pioneering "Jazz Vampire".
Posted by JSH at 12:00 AM