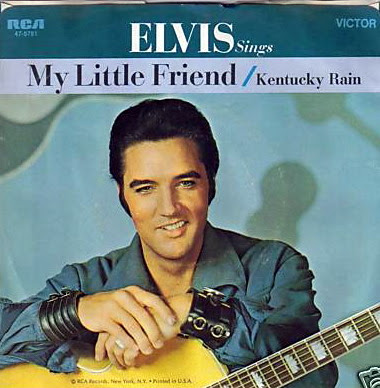 When I was a little kid, I used to play my parents' Elvis records, including the then-brand-new hit "Kentucky Rain", which reached #16 on Billboard's Top 100 charts, and #3 on their Adult Contemporary charts in 1970. 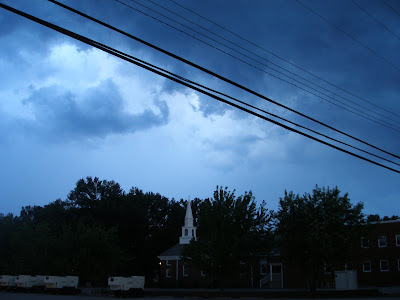 Then, as now, I listened to the song and could only think of one thing: I wanted to know exactly what Kentucky towns Elvis was singing about as he walked and hitchhiked his way across the state!

Being as my stomping ground as a child was the area encompassing Boonesboro, Winchester, Richmond, Berea, Waco, College Hill, Bybee, and Irvine, I often imagined Elvis as the song's protagonist traipsing through these places when I listened to "Kentucky Rain". The line about "thumbing for a ride on this lonely Kentucky backroad" usually conjured up images of Flint Road in Waco, or Redhouse Road in Madison County, between Richmond and Redhouse. 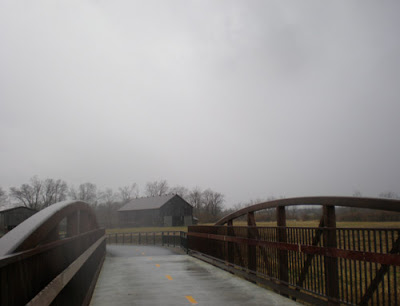 The part where he talks to a couple of old men sitting on a bench outside a general store made me think of a gas station/grocery in Irvine with tobacco-chewing guys sitting out front. (The place is still there, in fact, but I'm drawing a blank about what it's called.) 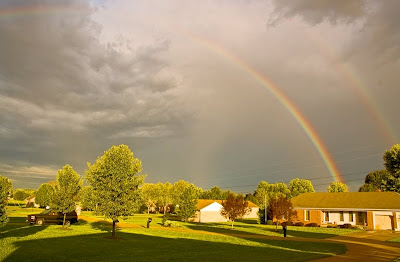 The song was written by Eddie Rabbitt, who unfortunately died thirteen years ago so we can't ask him if he had any specific locales in mind when he came up with it.

Did the song ever make you picture any familiar Kentucky places in your head? Or am I the only one?
Posted by JSH at 12:00 AM

My fave Elvis song! I think of an old country store that used to be right down from my mom's house. It was the kind of place that had benches out front, a wall of penny-candy and a surly old lady who would make sandwiches. It was great!

I grew up in Mt. Sterling, so that's what I always pictured. Love this song!

I love this song! I have often wondered where in Kentucky this took place. Not being from here (an therefore not knowing the little towns or backroads very well), I just imagine it could be any litle out of the way place.

Hell, Jeff, I pretty much thought of every woman in every place I've ever driven in Kentucky with that song in my mind with a Kentucky Woman on a mind...