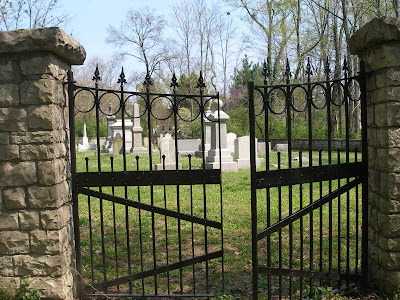 After recently having written about the Hobbs Chapel Facade only to learn that there's a cemetery hidden in the woods behind it, I just had to trudge back there again and see it for myself. 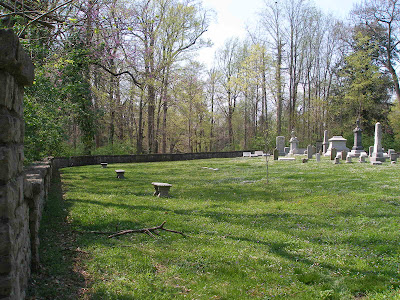 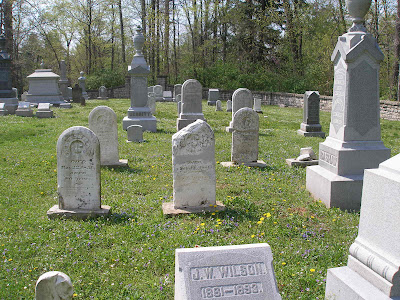 As cemeteries go, this one's in really good shape now, though from what I've read online, such wasn't always the case. There's evidence that vandals and losers have made a mess of the place in years past, judging by the headstones that are cracked and seemingly have been cemented back together again. There's also a bunch of broken headstone fragments - many of them quite old - laying in a pile. Apparently no one knows where they go or what to do with them. 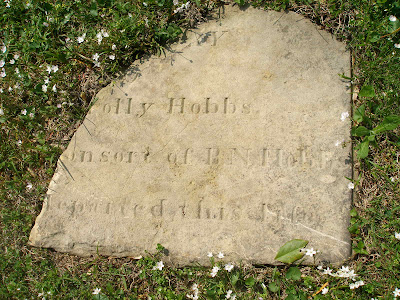 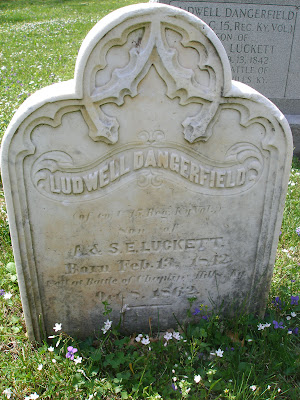 There are many interesting markers out here. I especially enjoy stones that tell a little about the person. Here we have the eye-catchingly arabesque design for Ludwell Dangerfield, who died at the Battle of Chaplin Hills, KY at the age of 20 on October 8, 1862.

Then there's William Wade Marshall, born at Marshall's Corners, Pennsylvania in 1837 and died here in Anchorage in 1870. The grave of Samuel Nock doesn't tell us where he died but does mention he was born in Nova Scotia. 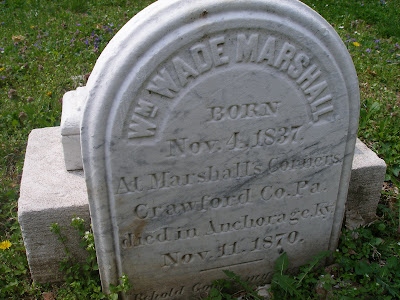 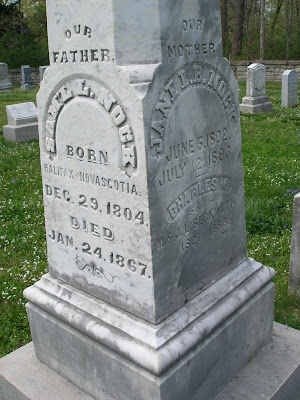 my hat is off to whoever is taking care of that one. most roadside cemeteries don't see that kind of attention.