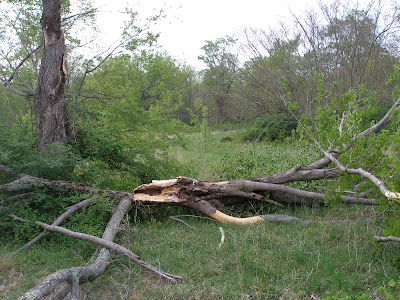 Last night's storm (it's still last night to me even though this post is dated Thursday because I'm typing it at just a few minutes after midnight, see) was something, wasn't it? Me and Krampus were holed up here on the old JSH Plantation, listening to the hurricane-force winds and emergency sirens, getting ready to take shelter in the center of the house if need be. I spent a couple hours bouncing public and private messages back and forth on Twitter with various peeps-o-mine, which kept my mind occupied until the storm abated enough that I finally fell asleep around 3am.

This morning (Wednesday morning) when I got up, I found that Anchorage had become a landscape of devastated trees - including one that fell on my car and gave it some minor dents and scuffs. Could have been a lot worse, it's obvious to see. 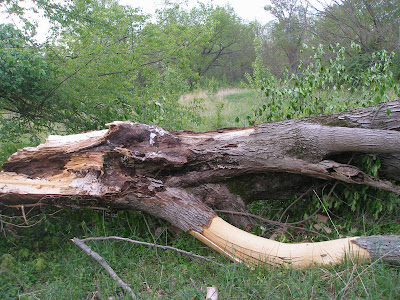 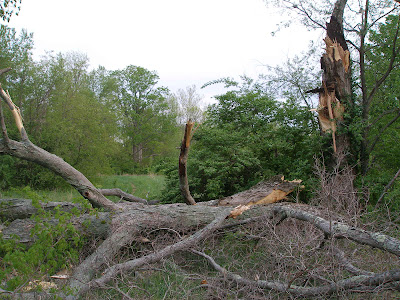 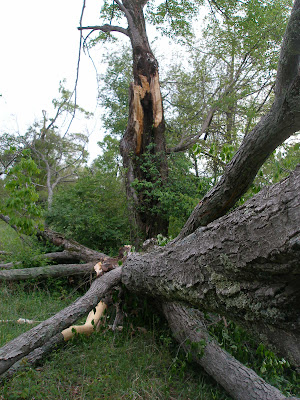 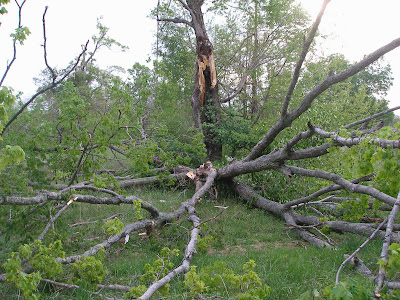 Additionally, the creek is now swollen so far over its banks that vast areas of the nearby park are totally flooded. Between the fallen trees and flood waters, some of the trails are completely impassable now. 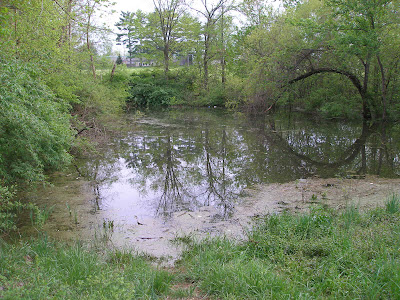 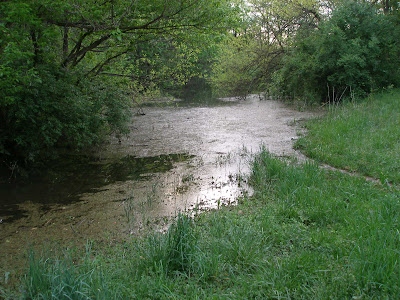